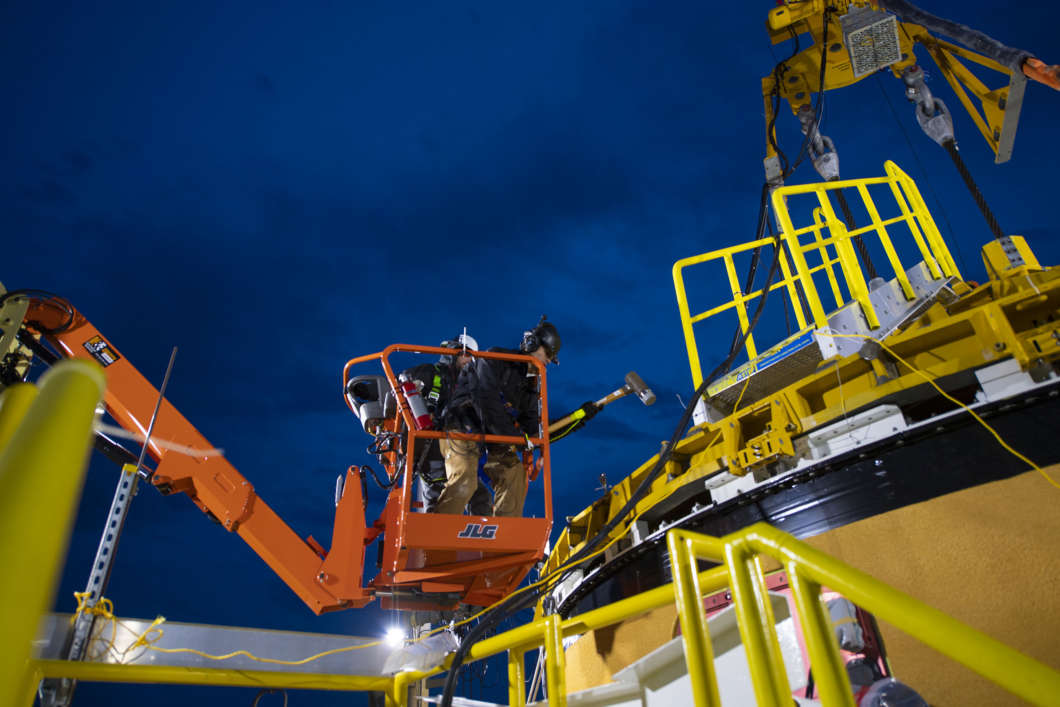 Using a callibrated hammer, a technician bangs the top of NASA's SLS rocket to simulate the vibration forces it will experience during liftoff. Photo: Boeing

NASA’s next moon rocket is undergoing testing. For the first test, technicians are hitting the rocket with hammers.

Electric motors called shakers also are testing the SLS rocket’s structure — verifying it can withstand the intense vibrations it will experience during launch.

The motors were installed during manufacturing of the core stage booster. Technicians are using calibrated hammers to bang the top of the rocket, an area where the motors can’t reach.

The tests are part of a larger test campaign happening at a NASA facility in Mississippi called the Green Run. The campaign is pushing the brand new rocket’s fuel tank and engines to the max including a full 8 and a half minute firing of its four engines this summer.

Once testing is complete, the rocket will travel to Kennedy Space Center before launching NASA’s Orion capsule on an uncrewed mission around the moon.

Boeing is responsible for the design, development and testing of the SLS rocket and dozens of the company’s Titusville employees are supporting the test. The rocket is part of NASA’s Artmeis program, the agency’s focus on landing humans on the moon in the 2020s.