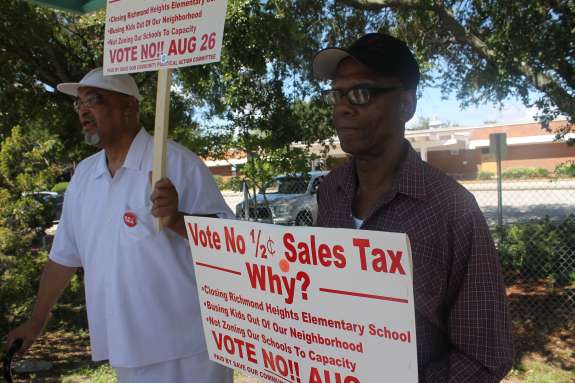 A half-penny sales tax in Orange County for school construction is drawing opposition.

A small group of demonstrators gathered Monday on the first day of school at Washington Shores Early Learning Center to protest the tax.

The demonstrators gathered at the former campus of Richmond Heights Elementary School, which closed last spring.

Community activist Marcus Robinson says the district is building new schools “yet the schools in our community aren’t at capacity. They got one-way busing where they bus our kids out, but they don’t bus in any kids. It creates a deficiency in funding for our schools, but then they turn around and they don’t even zone our schools to capacity.”

The half-penny tax is on the Aug. 26 ballot. The protesters say the tax funds developers rather than educators.