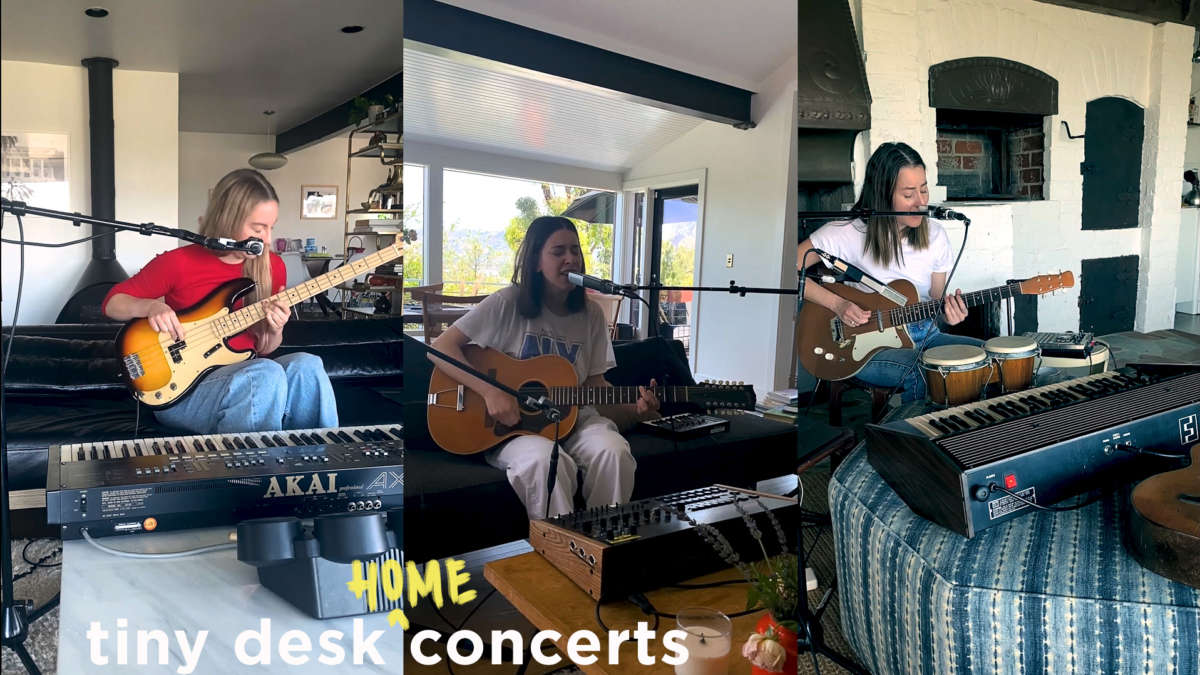 Strung aloft the breezy sax melody of “Summer Girl” is the reminder that California is a state of mind. At least it was at one point. For Este, Danielle and Alana Haim, California is also a more permanent state of residence these days. All three sisters are back home in Los Angeles while self-quarantining, where each recorded their part for HAIM’s Tiny Desk (home) concert in their separate Silver Lake residences.

But California is also a sound HAIM brings wherever it goes, even as the band explores new terrain on its cheekily titled upcoming album, Women in Music Pt. III. The sunny, take-no-prisoners assertion of independence of “The Steps” recalls the soft rock jams of 2013’s Days Are Gone and 2017’s Something to Tell You, but the muted techno glimmer of “I Know Alone” is new, as is the moodiness of “Summer Girl,” a song that wavers like a heat mirage reflected off New York’s summer sidewalks, thanks to Henry Solomon’s whisper-toned sax.

HAIM recorded its Tiny Desk set before the death of George Floyd, and released “Summer Girl” last year. The world has changed a lot in that time. With its opening line — “LA on my mind, I can’t breathe” — “Summer Girl” becomes another piece of music that takes on a parallel meaning in the evolving social and political landscape of 2020.