Habitat Protections for Florida’s Threatened Manatees Get an Overdue Update 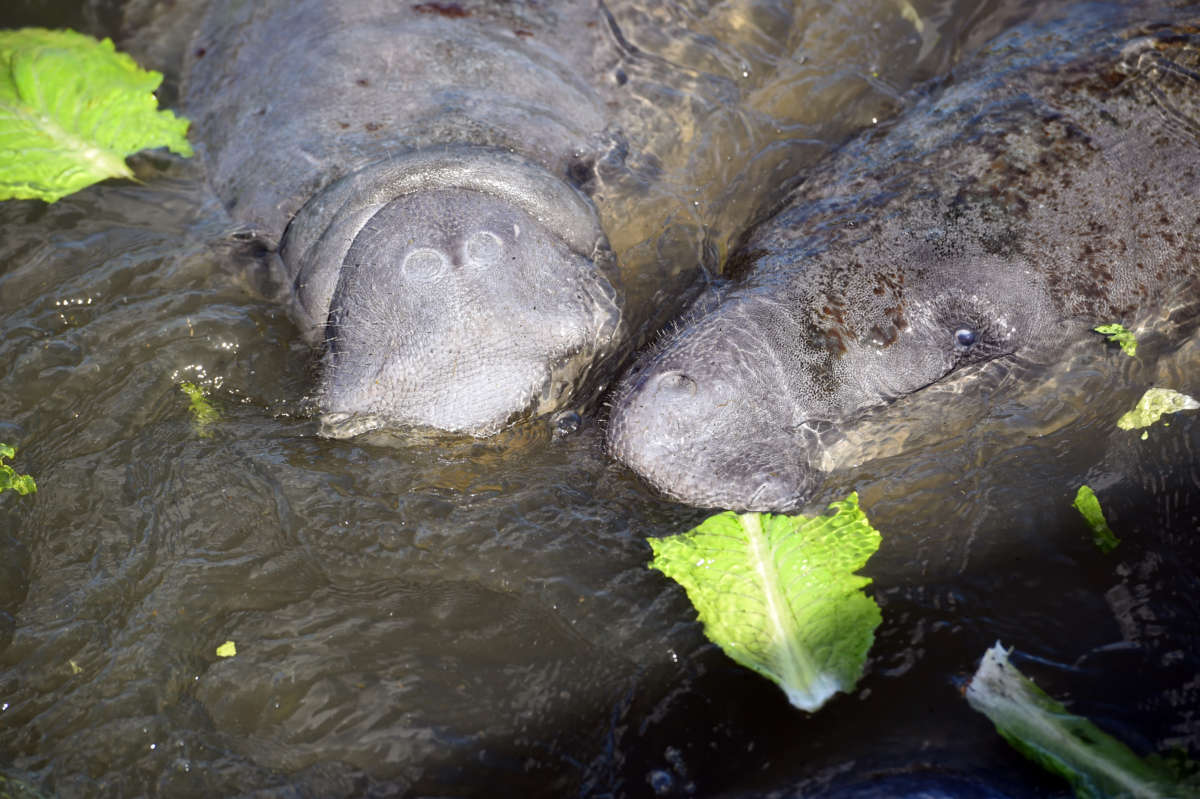 ORLANDO, Fla.—The U.S. Fish and Wildlife Service must update and improve habitat protections for the state’s ailing manatees over the next two years, under a legal agreement announced this week.

The problems led to a record die-off last year of more than 1,100 manatees in the state, prompting wildlife agencies to resort to the unprecedented measure of providing supplement lettuce for the starving manatees in the lagoon. The mortalities have continued this year, with 562 recorded statewide since January.

Under the agreement, U.S. Fish and Wildlife has until Sept. 12, 2024 to revise the manatee’s critical habitat under the Endangered Species Act. The Center for Biological Diversity, Defenders of Wildlife and Save the Manatee Club, which brought the lawsuit, say the critical habitat, a legal term encompassing waterways considered vital to the manatee’s recovery, has not been updated since 1976. The manatee was downlisted in 2017 from endangered to threatened.

The groups say not only has scientific understanding of the manatee advanced since 1976,  but Congress and U.S. Fish and Wildlife have also redefined what a critical habitat is. For instance while the Indian River Lagoon is included in the manatee’s existing critical habitat, important features like the seagrass are not. The designation prohibits any federal agency from permitting, funding or carrying out any action that adversely would affect the habitat.

“In 1976, what the critical habitat was is essentially just a list of places that we knew manatees existed in,” said Ragan Whitlock, attorney for the Center for Biological Diversity. “So not only has that list of places changed a lot in the last 40 or 50 years, but also what they need to survive, right? So it’s Johnson’s seagrass. It’s access to warm water sites in the winter that they can survive on. And we’re happy now that the Fish and Wildlife Service has recognized that this needs to happen, and there’s no longer placing the manatee on the backburner.”

The conservation groups petitioned U.S. Fish and Wildlife back in 2008 to update and strengthen the manatee’s critical habitat, and in 2009 and again in 2010 the agency acknowledged the update was warranted. But at the time U.S. Fish and Wildlife said it lacked the funding for the effort because of “higher priority actions such as court-ordered listing-related actions and judicially approved settlement agreements,” according to the groups. After the groups made the settlement public this week the agency issued a statement that it was committed to the revision.

The manatee faces other important habitat threats. Harmful algae blooms like those in the Indian River Lagoon that are responsible for the seagrass losses likely will get worse as waters warm with climate change. Some of the blooms, like red tide, are toxic and can poison the manatees.

The cold-sensitive animals tend to gather during the winter near the warm-water outflows of power plants, but they will disappear as power companies shift to cleaner energy sources because of climate change. Florida’s springs, with temperatures that remain constant through the winter, also are experiencing water quality problems and diminishing flows, as they are pressured by groundwater withdrawals for bottling, industrial and residential use.

While some Indian River Lagoon restoration projects are underway, a comprehensive effort likely would cost $5 billion and take some 20 to 30 years to complete. The conservation groups say the number of manatees lost in last year’s die-off represented 13 percent of the state’s population and that at least half of the deaths were related to starvation and malnutrition in the fragile lagoon.

The conservation groups, represented by Earthjustice, filed a separate lawsuit in May against the Environmental Protection Agency. That lawsuit is aimed at the nutrient pollution at the heart of the Indian River Lagoon’s harmful algae blooms and seagrass losses.

The groups say the nutrient pollution is related to wastewater treatment discharges, leaking septic systems and fertilizer runoff, among other sources. The groups hope this week’s settlement can help strengthen that case, said Pat Rose, an aquatic biologist and executive director of the Save the Manatee Club.

“From that standpoint you can then extrapolate that if the seagrasses themselves are specifically designated as critical habitat, … the EPA should not be allowed to adversely affect that critical habitat for manatees,” he said. “So it all fits together in the bigger picture.”

This story was produced in partnership with Inside Climate News.