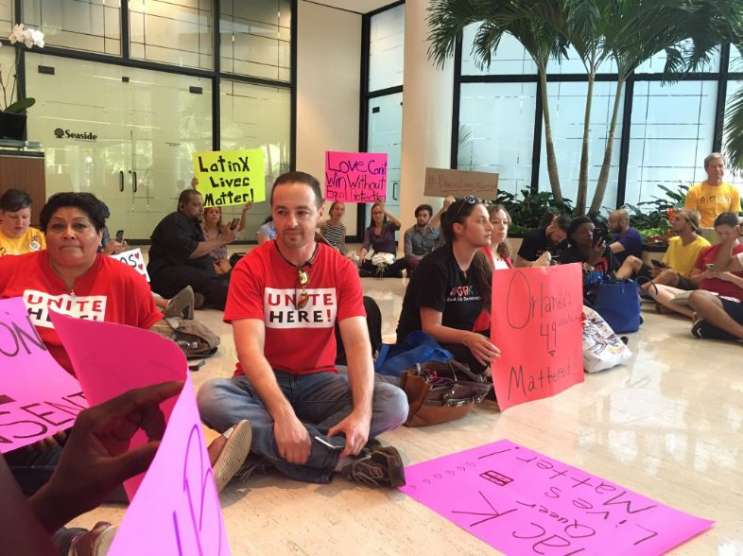 Dozens of people are gathering now at Senator Marco Rubio’s office in downtown Orlando for what is expected to be a 49-hour sit-in. Each hour will mark the loss of a life at last month’s Pulse nightclub shooting, named the deadliest in recent U.S. history. Organizers say that nearly a month after the shooting, lawmakers aren’t doing enough to keep more fatal shootings from happening.

Anna Eskamani is part of the nonpartisan coalition. She is asking lawmakers from both sides of the aisle to take a serious look at the nation’s gun laws.

“I know it’s difficult to find common ground but we can all agree that too many people are dying and that we need to do something about it and a decision to do nothing is a decision.”