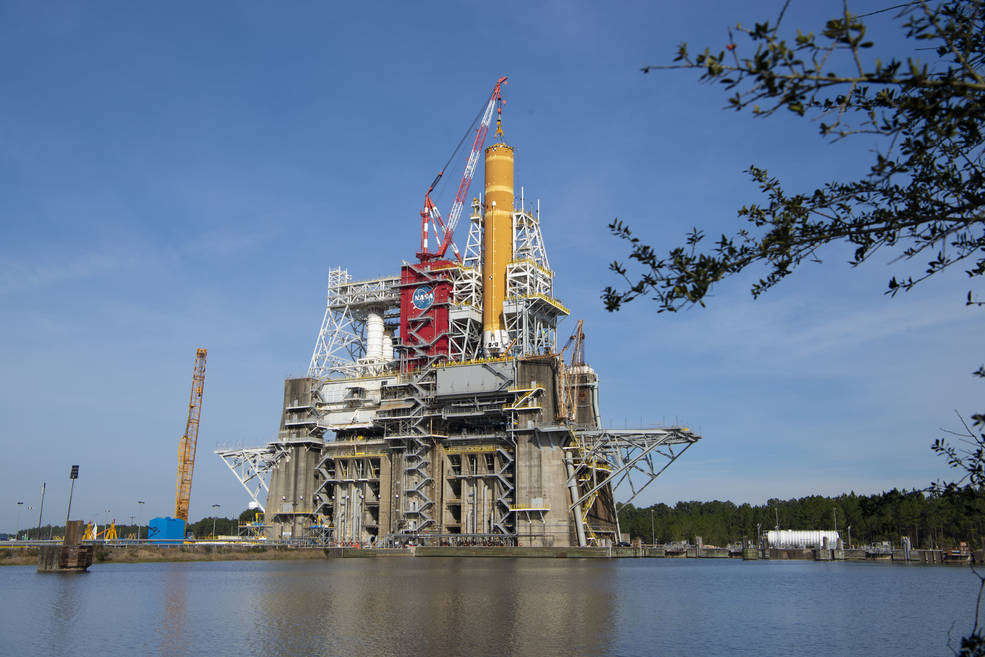 An active tropical storm season in the Gulf has delayed a critical test of SLS, NASA’s next moon rocket. The Green Run is a critical test campaign of the core stage booster, culminating with a firing of the rocket’s four main engines.

The test is conducted at NASA’s Stennis Space Flight Center in Mississippi. The full firing of the engines for eight minutes — called a hot fire — was scheduled for mid November. But an active hurricane season is delaying that final test.

“We did have it in our schedule that we might incur some severe weather, but not four to five major named storms coming down to do some possible impacts,” said Boeing engineer Kristine Ramos.  “It shut us all down. It has been very interesting this season this year, just because of all the hurricanes.”

NASA said it will evaluate a new date soon. Once the test is complete and the booster certified for flight, the vehicle will travel to Kennedy Space Center before launching an uncrewed mission around the moon, currently slated for late 2021.