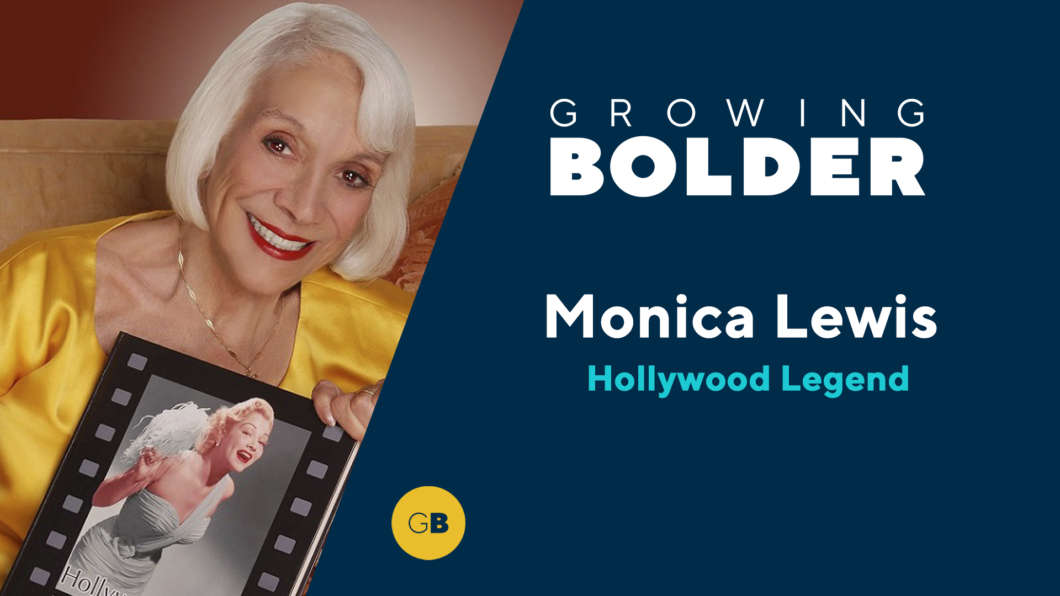 Have you tried and failed to lose weight over and over again? A provocative new book suggests it’s nobody’s fault but yours! Find out why author Steve Siebold is urging people to stop whining and start getting mentally tough. He explains.

Hollywood siren Monica Lewis was an MGM star, toured the world entertaining the troops with Danny Kaye, voiced Miss Chiquita Banana in commercials and briefly dated Kirk Douglas and Ronald Reagan. She passed away in 2015 at the age of 93. Several months before, she was a guest on Growing Bolder Radio, where, in one of her final interviews, she shared insightful and interesting stories from her early days in show business and how her work ethic allowed her to thrive and succeed when others did not.

Want to reinvent your life but you don’t know where to start? Silvana Clark has some good ideas. Find out how she’s carved out a niche career with her husband as marketers who travel the country, do good for others and get paid to do it!

Songwriter Buzz Cason‘s songs have been covered by artists like The Beatles, U2, Pearl Jam, Dolly Parton and Martina McBride, just to name a few. Now in his 70s, he’s still touring and releasing new music. He looks back on his legendary career.