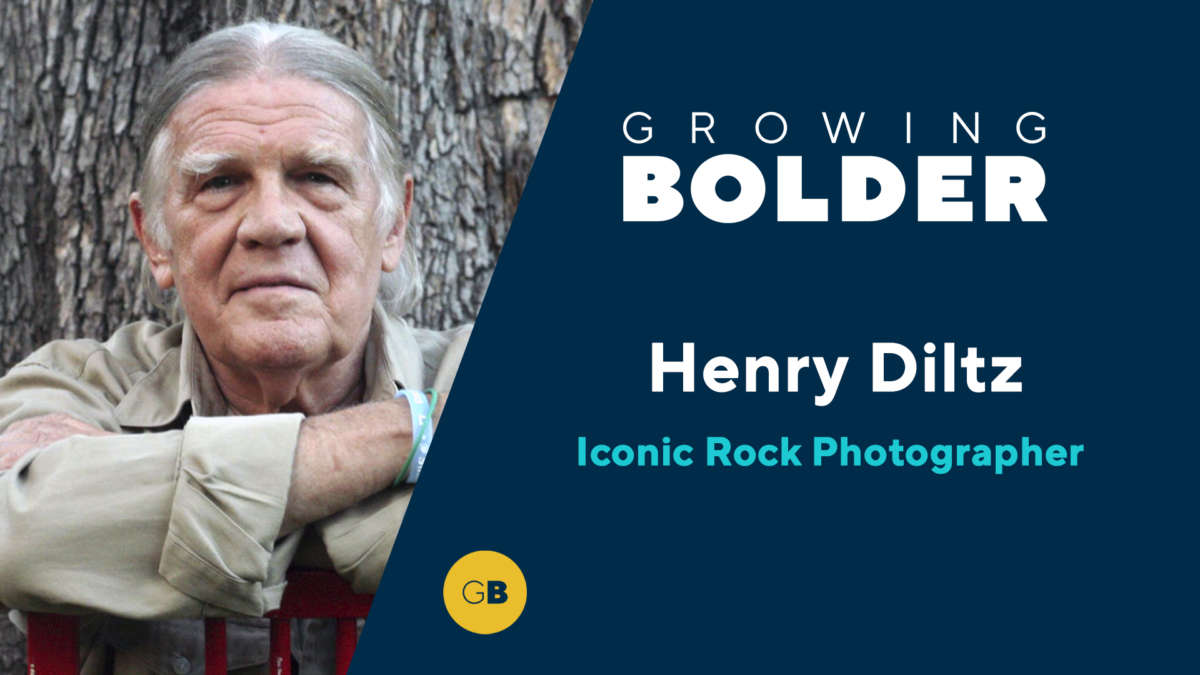 On this week’s Growing Bolder, we’re taking a trip back in time with one of the most iconic rock photographers in history. Henry Diltz was the man behind the camera for some of the most famous rock photos in history, including pictures of Jimi Hendrix at Woodstock; ’60s folk legends like Crosby, Stills and Nash, Joni Mitchell and the Mamas and the Papas hanging in Laurel Canyon; and Paul and Linda McCartney in a field of yellow flowers. He also photographed famed album covers such as The Doors’ Morrison Hotel and James Taylor’s Sweet Baby James.

Diltz joins us to share stories about this unique time in American music history. Plus, discover what gets him excited these days.

Then, we introduce you to a nationwide program called Gliding Stars, which encourages special needs kids to go skating. Paired with able-bodied volunteers, the ice offers exercise, independence and joy in a most unexpected way for both clients and volunteers.

And do you ever feel the “umpys?” Growing Bolder contributor Barbara Hannah Grufferman is a champion for women over 50 and a powerful advocate for positive aging. The best-selling author admits that she, too, has struggled with her self-image, particularly after turning 50. She explains how she learned to deal with what she calls the “umpys” — grumpy, lumpy and frumpy — and found a new mindset for moving forward with confidence.