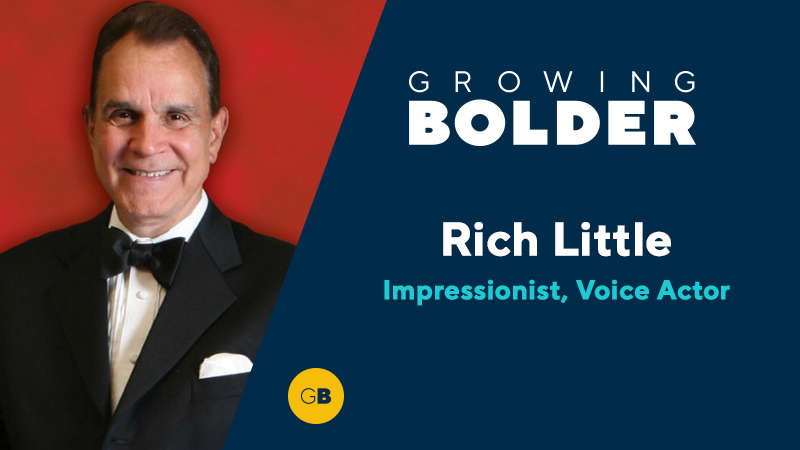 For more than 50 years, Rich Little has brilliantly impersonated some of the move beloved celebrities — and a few controversial ones, as well — and now he’s helping bring back a true classic, the Dean Martin Celebrity Roasts.

Key Howard spent his career as an actor, musician, writer and producer in Hollywood. Along the way, he learned a little something about strong personalities. In this Ain’t Life Grand moment, Key urges you to never judge a book by its cover.

Carol Miller has had a profound effect on the history of rock music, and she doesn’t even play an instrument. One of the most famous and influential radio personalities in history takes us on a tour of rock and roll history.

Do you believe alien bodies were recovered in Roswell? That Oswald acted alone in the Kennedy assassination? Was it just John Wilkes Booth who killed Lincoln? The History Channel’s Brad Meltzer decodes some of our nation’s biggest mysteries.

After you hear Nora Gallagher‘s story, you may never cancel your doctor’s appointment again. She explains how her diagnosis opened the door to what she calls a bizarre alternate universe that is set up for the sick, featuring everything from excellent doctors to those who are cold, from outdated treatments to cutting-edge technologies. She shares what she’s learned about being a patient in the system.