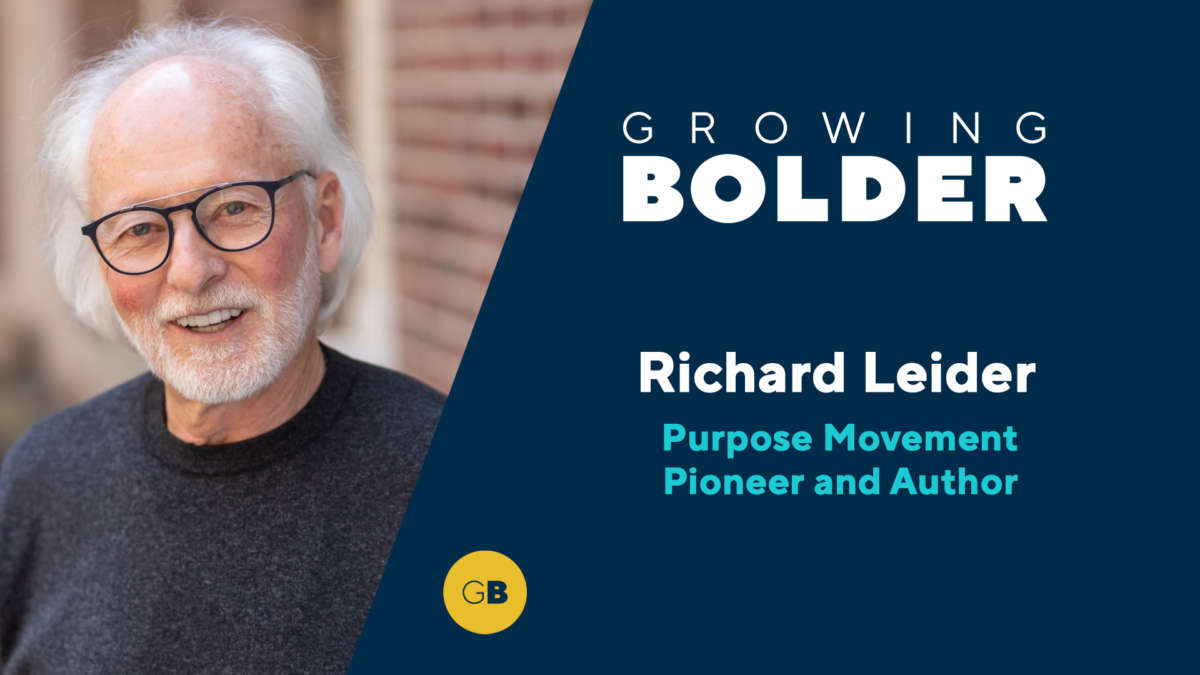 Richard Leider is a pioneer in the global purpose movement and the founder of Inventure, a company dedicated to helping people unlock the power of purpose. He is the bestselling author of 11 books including, Who Do You Want To Be When You Grow Old? His PBS special, The Power of Purpose, has been viewed by millions and Forbes has named Leider one of the top five most respected coaches in the world. He talks to Growing Bolder about how we can unlock our own power of purpose.

It’s not enough just to hear a great concert, you have to see it, too! Vibrant, colorful lighting, brilliant visuals, breathtaking scene changes take a show to a whole different level. One of the best rock lighting designers in the world is Charles “Cosmo” Wilson. Over the last 35 years he’s worked with AC/DC, Aerosmith, Black Sabbath, Foreigner, Judas Priest, Rod Stewart and so many more. He is a Rock Star of Lighting! Listen as he shines a light on what he’s learned from some of the most iconic rock musicians of all time.

Lucille O’Neal raised 4 children and her eldest, Shaquille, is considered one of the greatest basketball players of all time. After he and his siblings were done pursuing their dreams, it was time for Lucille to go after hers. So, after 30 years of raising children, she went back to school, earning a master’s degree and finally a doctorate. She explains that the most important lesson she’s learned is to never stop dreaming, that dreaming is what allows you to grow, and that it is never too late to fulfill those dreams.