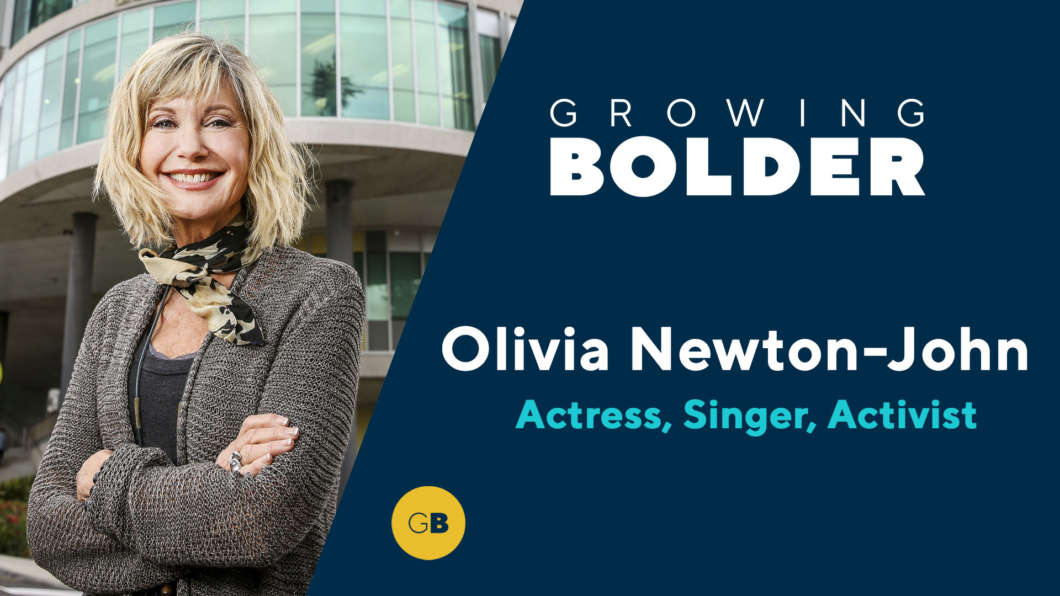 Olivia Newton-John is one of the most beloved stars of the past several decades. From her starring roles in classics like “Grease,” to her chart-topping songs, her voice has been an important part of so many lives around the world. She’s also had to face some major challenges in life, including valiantly battling cancer several different times. Her strength and resilience has served as an example to millions of her fans and her personal experiences have inspired her to make a difference in the lives of others. Newton-John talks to Growing Bolder about her health, her incredible life experiences and the reasons why now was the right time to tell her own story via her new autobiography, “Olivia: Don’t Stop Believin’.”

If you know anyone with Alzheimer’s disease, wait until you hear author Helene Berger‘s story. She shares a whole new philosophy on how to help your loved ones as they’re living with the disease — lessons she learned during her husband’s six-year experiences with the disease. She shares what those years taught her in a new book, “Choosing Joy: Alzheimer’s: A Book of Hope.”

She’s well-known from her judging role on TV’s “Shark Tank” or her best-selling books, but Barbara Corcoran‘s path to success wasn’t always a sure thing. Today, she is motivational and inspirational, with a little side of outrageous. She joins Growing Bolder for a fun and lively conversation about her unusual path to success and offers her tips for blazing your own trail forward.

Steven Taibbi has been in a battle for his life since the day he was born. He underwent open heart surgery at the age of 5 and again a year later. At 17, he had a heart attack so severe it nearly killed him. In his 30s, he underwent two heart transplants. That he is still alive today, at the age of 66, is nothing short of stunning. He’s written a book about his experiences called, “Grateful Guilt: Living in the Shadow of My Heart.” He shares his lessons on surviving and thriving.