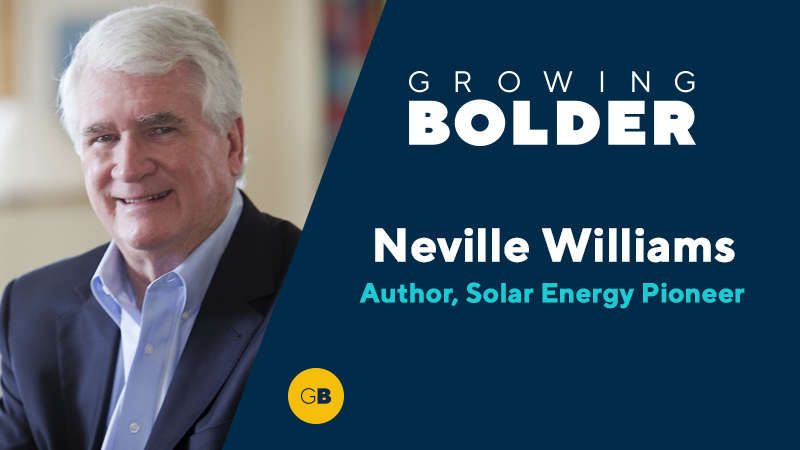 Neville Williams is a solar energy pioneer who is still electrified by his passion to provide energy to poor people worldwide. He’s also teaming up with a gaming company to encourage young people to make a difference in the world.

What happened when longtime public radio host Tess Vigeland stopped being “Marketplace’s Tess Vigeland?” She explains why she walked away from what seemed to be a dream job and what she’s learned about taking a leap of faith.

In her 60s, Diane Pieknik was forced into retirement when she lost her job. But she wasn’t about to start knitting or play golf. She decided to pursue something she’d always wanted to try — ice hockey. This former “bra burner” explains how she’s just found a new way to change something that needs to be changed. This time, it’s people’s perceptions of aging.

You may not know his name, but you know one of his signature guitar riffs. Guitarist Ricky Byrd, who helped define the sound of Joan Jett and the Blackhearts and has played alongside all the greats, is trying something different — his own music.