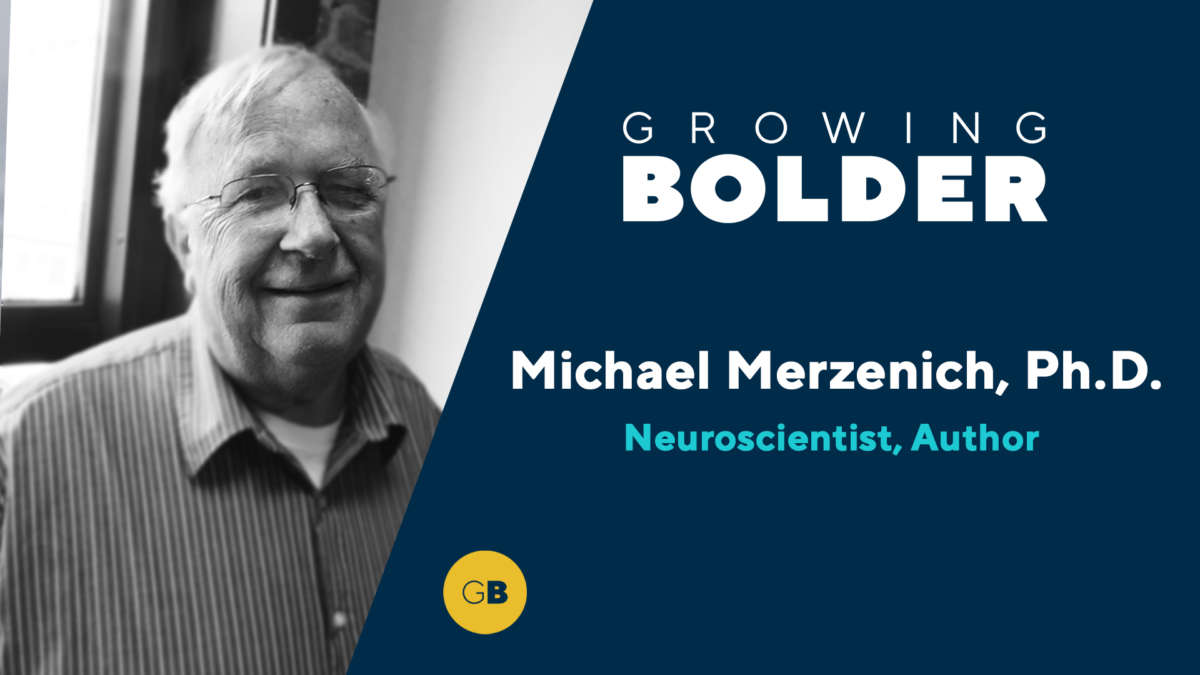 Do we really become forgetful as we get older? Is cognitive decline inevitable? Neuroscientist Michael Merzenich, Ph.D., is considered the Godfather of Neuroplasticity. His groundbreaking research has changed the way scientists and researchers understand and think about the brain. He joins Growing Bolder for an in-depth and fascinating conversation to share what he’s learned about proving old dogs can learn new tricks.

Plus, have you ever had an idea for a new product? What if that idea was so good you had to give it a shot and try and make it yourself? That’s exactly what entrepreneur Angel Cornelius did when she dreamed up hair products made specifically for people with silver hair. And now her company has grown from her kitchen table to the QVC. She tell us how she navigated the bumps and bruises along the path to becoming an industry disrupter.