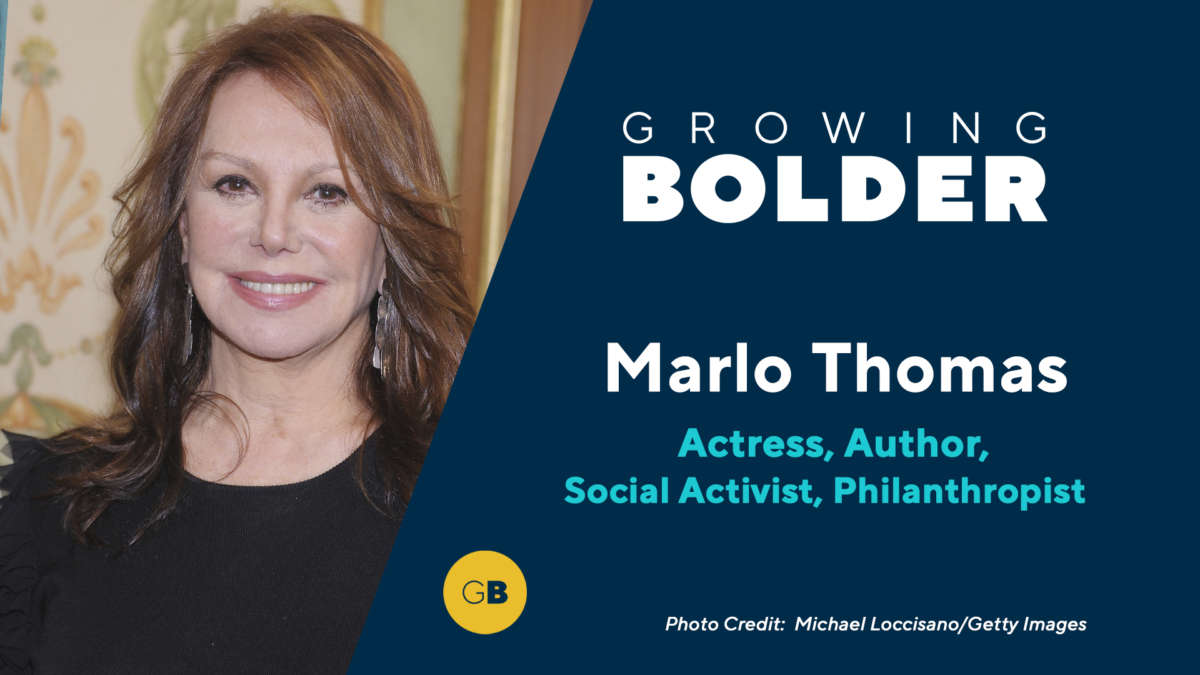 Marlo Thomas has dedicated her life to making a difference. She first rose to fame in 1966 with her star-making role in the hit TV show, “That Girl.” Since then, she’s won Emmy Awards, Golden Globes, a Peabody, a Grammy and the Presidential Medal of Freedom. She’s earned even more honors due to her tireless philanthropic work, especially with St. Jude’s Children’s Research Hospital. Thomas explains how the hospital has weathered the Covid-19 pandemic and offers simple ways you can help these special children.

Plus, the bestselling author discussed her latest, “What Makes a Marriage Last,” co-written with her husband of 40 years, Phil Donahue. She reveals how they’ve lasted all these years and shares stories they collected from some of their famous friends, such as Billy and Janice Crystal, Michael J. Fox and Tracy Pollan and Kevin Bacon and Kyra Sedgwick.

Then, you’ll hear first-hand from a veteran whose contributions to our nation will be remembered for years to come. Retired Marine Colonel Art “Turbo” Tomassetti served a total 27 years in the Marine Corps. In that time, he fought in the Gulf War, flying Harrier jets in 39 combat missions, and later became an accomplished test pilot for the X35 (now known as the F35.) His plane and flight suit are in the Smithsonian for being the first person ever to have completed “Mission X”, which consists of a short (450 foot) takeoff, a supersonic dash and vertical landing all in the same flight. In his retirement, Art is continuing his motivational speaking and producing motivational videos. He talks to Growing Bolder about his years of service and his personal search for what’s next.

And finally, singer-songwriter Macy Gray has one of the most recognizable voices on the planet. She’s a Grammy winner with five nominations, 10 studio albums to date and a film and TV career. She’s been compared to everyone from Janis Joplin to Tina Turner. Her journey has not been an easy one, but she’s continued to grow and learn. Gray is also doing her part to change the world for better. She’s the founder of the MyGood foundation, created to support the loved ones of those who’ve lost their lives to police violence.