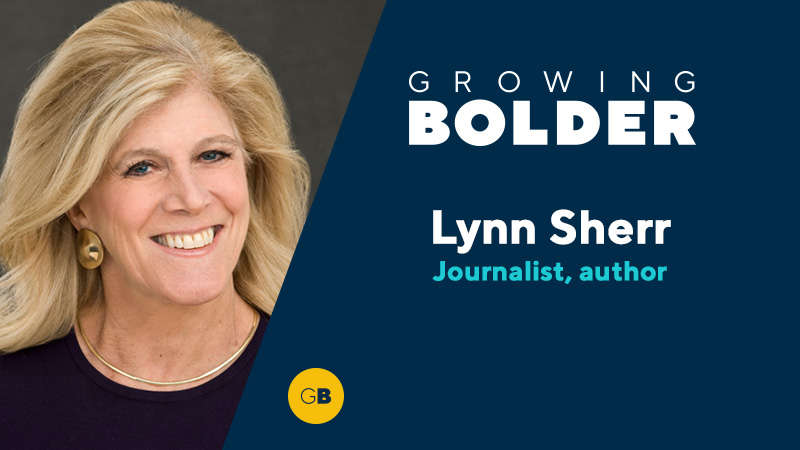 She’s an award-winning writer and journalist, but what you may not know is that Lynn Sherr is one of the world’s most passionate people when it comes to the sport of swimming. Sherr is the author of “Swim: Why We Love the Water,” in which she traces the roots of swimming and explores why it’s played such an important role in history. Did you know that Julius Caesar even won a battle thanks to his swimming prowess? Sherr herself has been swimming since she was a toddler, and tells Growing Bolder it remains a major part of her life.

When you make a difference in your community — do you experience a “helper’s high?” Meet the man who coined the phrase and is considered one of the world’s top experts in volunteering. Allan Luks, author of “The Healing Power of Doing Good,” also runs a program at Fordham University to train others how to be great volunteers. He says that he can prove that lending a hand to those in need not only helps them, it can have huge emotional and physical benefits for you.

Are you tired of so-called experts telling you what you SHOULDN’T eat? Registered dietitian Susan Mitchell, Ph.D., is the real deal and has a real-life approach to food. Find out why she thinks diet is a four-letter word and get her tips for what you SHOULD eat.

More than 25 years ago, psychotherapist Robert Levithan was diagnosed with HIV, a certain death sentence then. But Levithan says he’s always believed in the possibilities in life. Levithan says he shares his story because it’s an example of what’s possible. He says he’s not that special — he’s just had good luck, good fortune and a willingness to keep going. Get his tips for doing the same in your life.