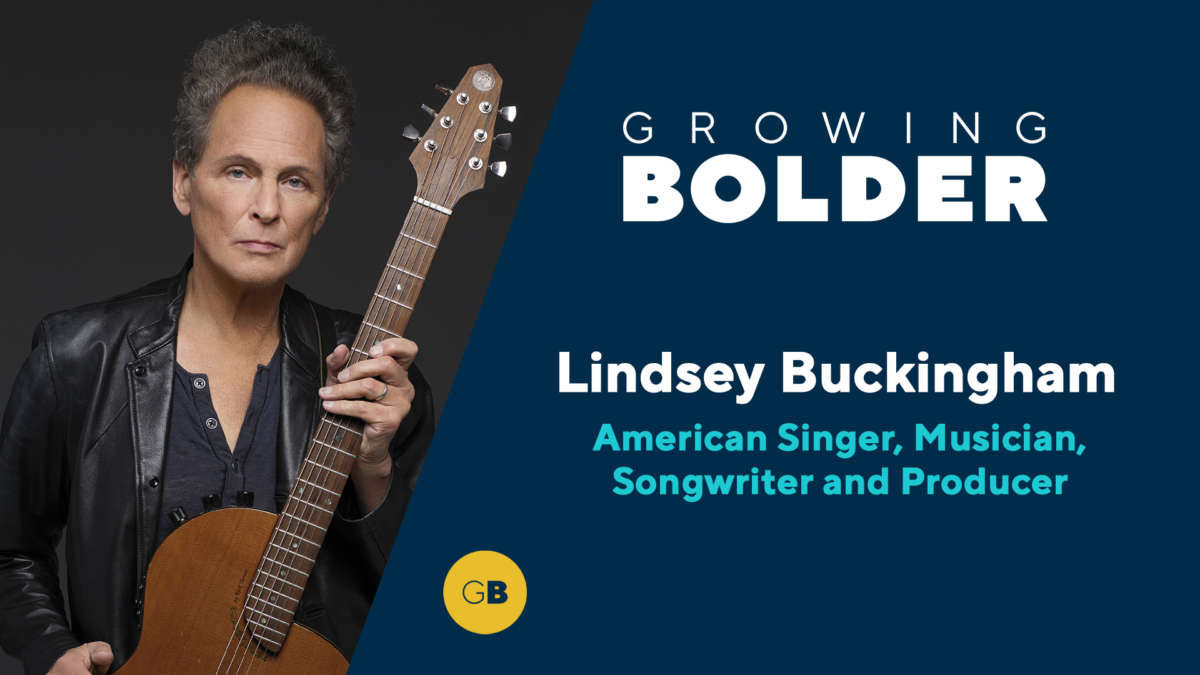 Lindsey Buckingham, a Rock & Roll Hall of Famer named by Rolling Stone as one of the greatest guitarists of all time has released his first solo album in a decade. He talks with Growing Bolder about his split with Fleetwood Mac, life after a heart attack and the importance of stepping out of your comfort zone.

Bishop Vance Oldes has made the transition from a world of crime to a man of the cloth. He talks about his journey, his unexpected rise as a social media personality and how his popular skating videos are helping him to spread the Word.

Mary Anne Cooper was 96 and competing at the US Masters Swimming National Championship when Growing Bolder caught up with her poolside. What’s her secret for living a long, fulfilling life? According to Mary Anne, it’s to always be on the lookout for life’s little miracles.