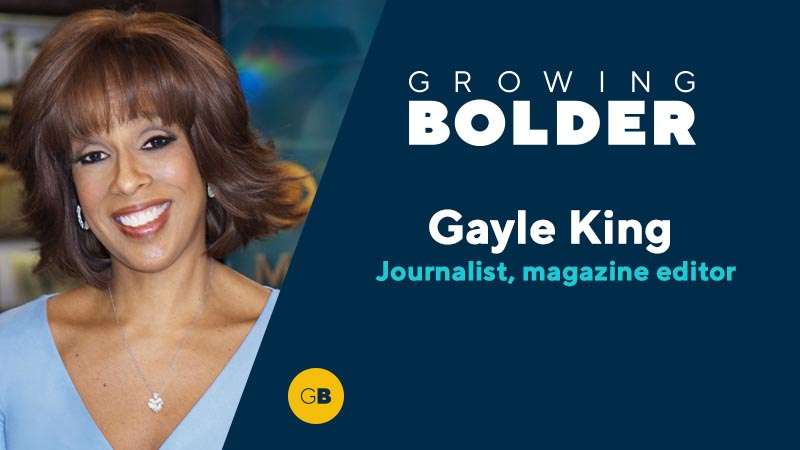 She’s famous for being Oprah’s best friend, but she’s earned her own place in the spotlight thanks to her talent and hard work. Gayle King, co-host of CBS This Morning and editor-at-large for O, The Oprah Magazine, says one of the most exciting parts about aging these days is you never know what the next chapter will be.

Michael Gelb is one of the pioneers in the field of accelerated learning, and he says not only do we not have to accept the notion that our memory will naturally decrease with age, we can fight it. He offers up specific steps anyone can start doing today to improve brain power.

During his illustrious writing career, author Howard Frank Mosher was described as a living, breathing Mark Twain. When he was diagnosed with prostate cancer, he did what he knew best — he wrote about his journey to recovery. Nearly 10 years after the first diagnosis, he died of a second form of cancer, at the age of 74. Growing Bolder spoke to him in the years between diagnoses and he shared how his cancer had actually given him a reason to live. It’s a powerful example for anyone struggling in life.

When Temple Grandin was a small child, her mother knew there was something wrong with her. She rarely spoke and seemed to shrink away from being touched. This was in the 1950s and doctors told Grandin’s parents she should be institutionalized because she was, in their words, brain damaged. Her parents resisted, and today, Temple Grandin, Ph.D., is probably the most famous autistic person in the world. Her story was told in a critically acclaimed HBO movie starring Claire Danes. Grandin is a scientist whose humane ideas changed the way livestock are treated and she continues to change the way the world views people with conditions like autism, Asperger’s syndrome and ADHD. She offers advice for parents dealing with these issues in their own children and shares her thoughts on aging.