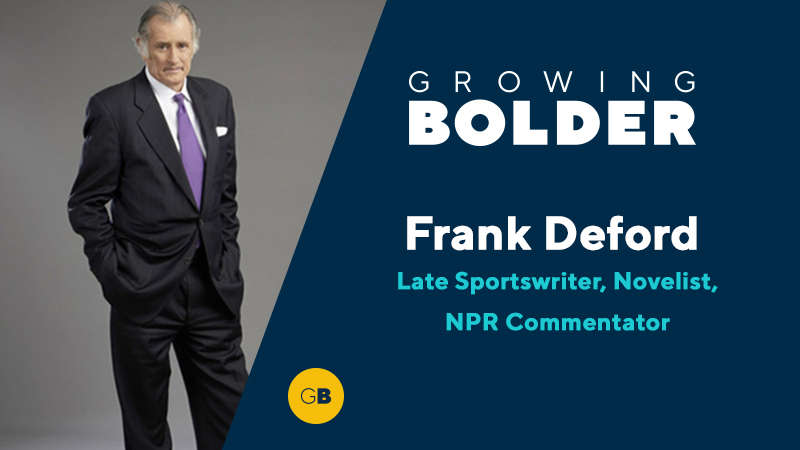 In his 50 years in the business, sportswriter Frank Deford evolved from the “not very bright” kid to one of the most gifted, respected and versatile writers of our time. Deford died in 2017 at the age of 78. In this 2012 conversation with Growing Bolder, he revealed the two athletes he thought were the most compelling of all time.

Two years after battling throat cancer, William Randolph decided to finally fulfill his lifelong dream of flying solo around the world. At the age of 76, he took off in a homemade single-engine plane and had the adventure of a lifetime. He shares his stories from this incredible journey.

If you think you have to run or exercise vigorously to reap the benefits of fitness, think again. Gretchen Reynolds is one of the nation’s top health reporters, and she says a growing field of science shows doing even small activities can lead to big health rewards.

Then, a 52-year-old grandmother of two is now the oldest female to ever compete in NCAA athletics. And just started running six years ago. Find out why Diana Furey not only returned to college, but tried out for — and made — the track team!