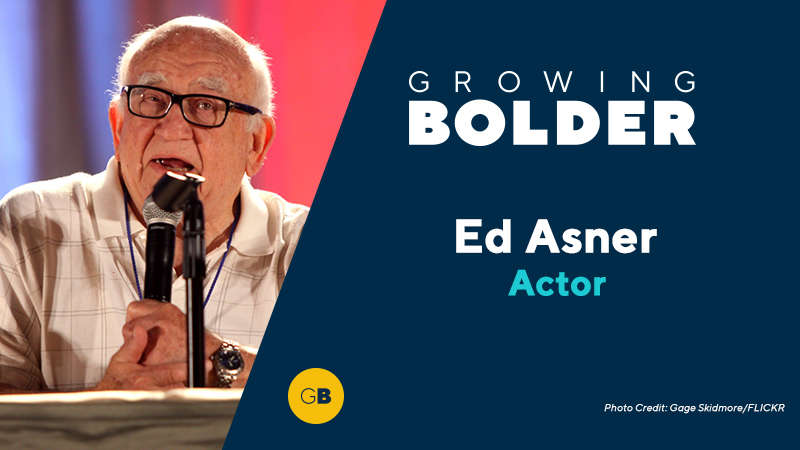 He brought Lou Grant to life in such a way that the character is still an iconic fixture in pop culture, and now in his late 80s, Ed Asner continues with his prolific career and keeps up with a schedule that would exhaust a 25 year old. He reveals to Growing Bolder why most of the movies featuring older actors have it all wrong. Plus, if you love “Up,” too, you’ve got a friend in Asner. Find out why he thinks it’s such a magical movie.

Is it really Stevie Nicks? As a celebrity tribute artist, Julie C. Myers’ portrayal of the Fleetwood Mac legend is so accurate it’s not easy to tell. People have always told her how much alike they look, but it didn’t occur to Julie to step into the spotlight as Stevie until she came to a crossroads in her life.

Beets are back and that’s great news for the tens of millions of Americans suffering from high blood pressure. Registered dietitian Dr. Susan Mitchell explains how beets just may be the new superfood.

More than 15,000 registered nurses across the country have joined the Faith Community Nursing movement because they saw their patients had much greater needs than their illnesses or conditions. Nurse Betsy McKeeby explains.

She’s survived cancer (twice), a heart transplant and the early, tragic death of her husband. And she’s only 50. Yet through it all, Toni Wild has never lost one thing — her optimism about life. Find out why surviving was never a doubt.

Like many kids, Steve Latshaw dreamed of making movies when he grew up. But unlike other kids, it’s a dream he never gave up on. Now in his 50s, he’s just hitting his peak, working at a prolific pace writing screenplays and directing feature films.