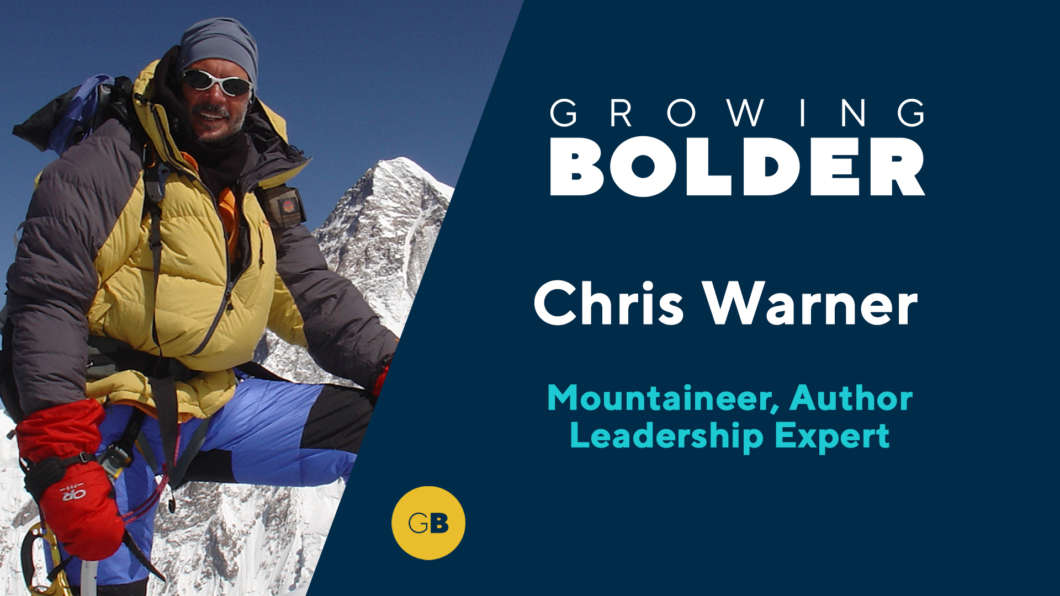 How do you take a group of strangers and novice climbers and turn them into a highly functional group as they endure high altitudes and grueling conditions? Love. Chris Warner is one of the world’s elite mountaineers, one of only 9 Americans to summit both Everest and K2. He’s also led nearly 200 international expeditions explains. He explains how these lessons apply to your life.

Bhava Ram is a former network news war correspondent who won the prestigious duPont Award for his work inside Afghanistan. His career abruptly ended after a broken back and failed surgery left him permanently disabled. He was later diagnosed with stage IV throat cancer and doctors told him he had little chance of survival. Then something remarkable happened. He got up and cured himself. Learn about his amazing transformation from a hopeless man in pain to becoming an author, yoga expert and guru.

Could you live hundreds of mile from your nearest neighbor, out in the wilds of Alaska? Would you? That’s exactly what Sue Aikens does. See why the star of Nat Geo’s show “Life Below Zero” is happiest living 200 miles NORTH of the Arctic Circle.

More than 20 years ago, Hector Picard lost both of his arms in an electrical accident. He could have given up on his dreams; instead, he battled back. Now he’s finished nearly 90 triathlons, including 4 Ironman races. He shares his incredible story.