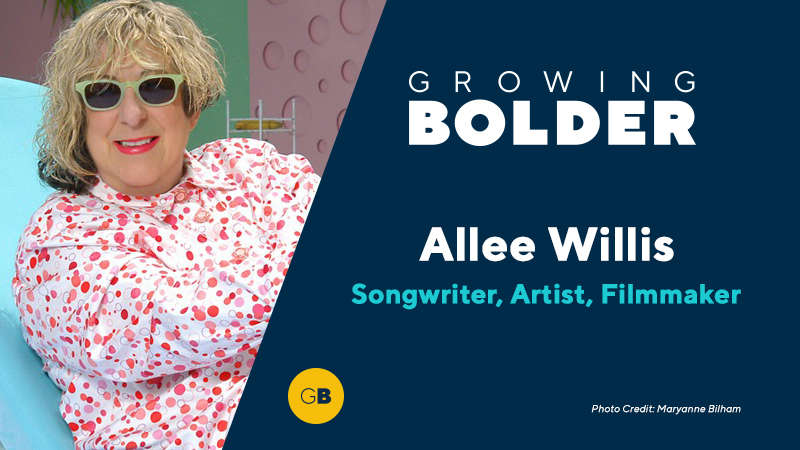 It you think not being able to read music or play a single note should keep you from becoming a Grammy, Emmy, Tony and Webby award-winning songwriter, then you need to meet Allee Willis. She’s written the theme song to “Friends,” and huge hits for Earth, Wind & Fire and the Pointer Sisters. Now she’s focusing her many talents on shining a spotlight on her beloved hometown of Detroit.

Now in his mid-80s, actor, writer and musician Key Howard is thoughtful and reflective and sharing his wisdom with Growing Bolder in a series of moments called Ain’t Life Grand. Find out why he wants to get into the Not Raising Hogs business.

You’ve heard of a labor of love, but photographer Joseph Blum‘s 15-year project documenting construction of the new east span of the Bay Bridge in San Francisco has been a love of labor.

Many of us fell in love with Claudia Wells after her role in a little 1985 blockbuster called “Back to the Future.” She was replaced in the next two sequels and when you find out why, you’ll love her even more.

Diann Uustal survived two horrendous accidents and both times, doctors said she most likely would never walk again. But her recovery has been nothing short of amazing. We talk to the world-record holding swimmer about the art of the comeback.