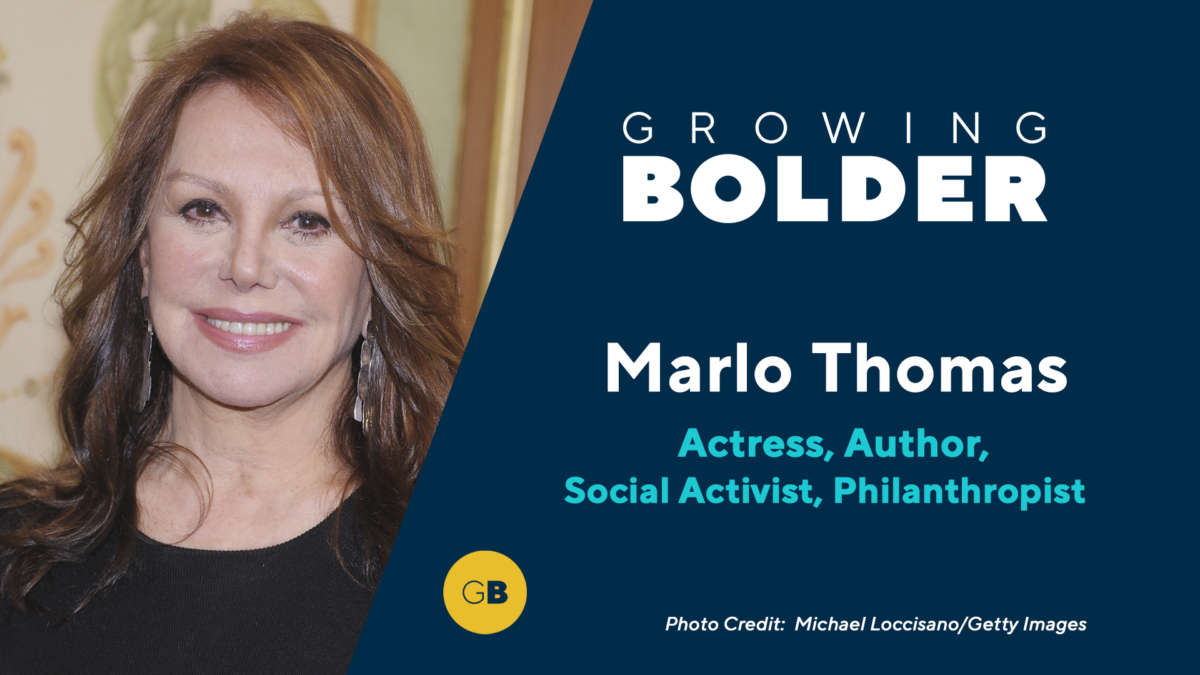 Not only is Marlo Thomas an Emmy award-winning actress, best known for starring in the 1960s sitcom, That Girl, but she has also managed what can seem impossible, a celebrity marriage that has lasted over 40 years. Thomas explains how she and talk show legend Phil Donahue created an enduring romance, remembers her legendary father, Danny Thomas, and looks back at why That Girl is still a fan favorite.

Retired Marine Colonel Art “Turbo” Tomassetti served a total of 27 years in the Marine Corps. During that time, he fought in the Gulf War, flying Harrier jets in 39 combat missions, and later became a test pilot. Tomassetti explains why what he accomplished was so significant that his plane is on display in the Smithsonian Museum. He shares his belief that the same qualities that made him a success in the skies can help the rest of us live lives of passion and purpose.

Singer-songwriter Macy Gray has one of the most recognizable voices on the planet. She’s a Grammy winner with five nominations, 10 studio albums to date, and a film and TV career. She’s been compared to everyone from Janis Joplin to Tina Turner. Her journey has not been an easy one, but she’s continued to grow and learn. Gray is also doing her part to change the world for the better. She’s the founder of the MyGood foundation, created to support the loved ones of those who’ve lost their lives to police violence.