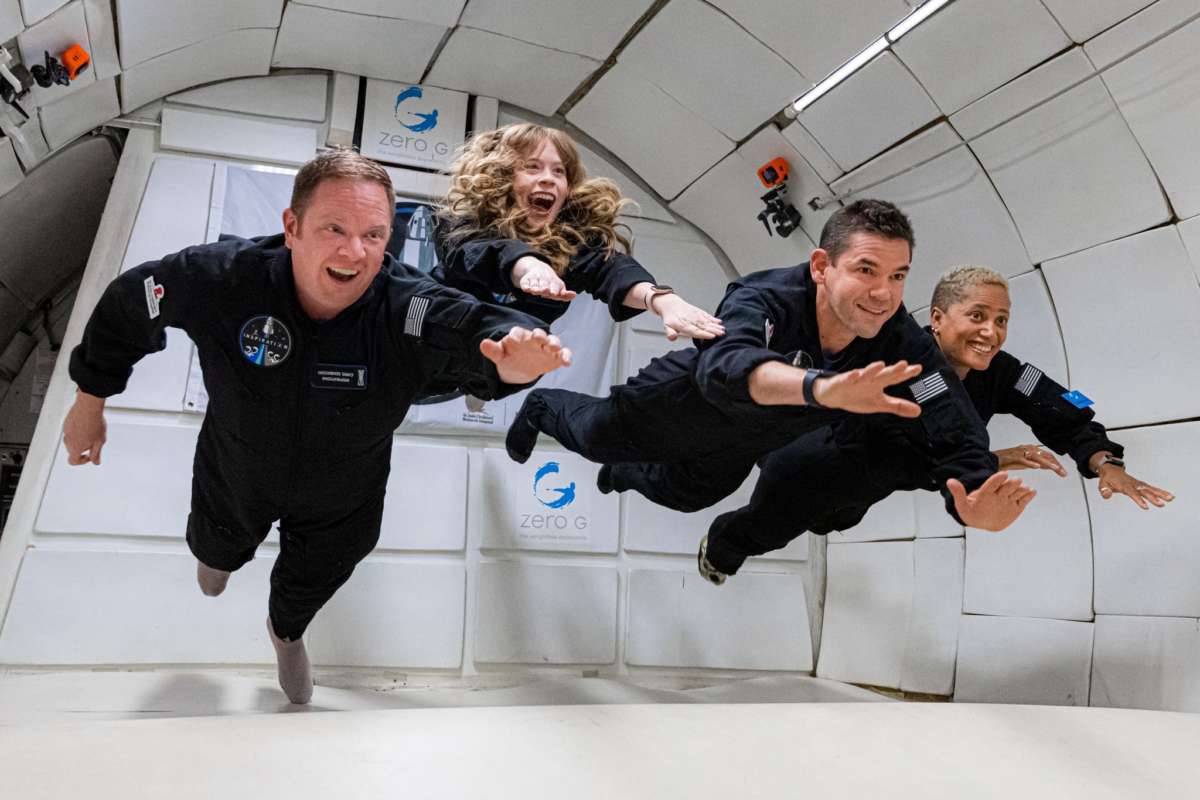 The crew of Inspiration4 trains for their upcoming mission on a parabolic flight simulating weightlessness. Photo: Inspiration4 / John Kraus.

Branson was welcomed back to Earth with fanfare and the flight signaled the start of what could be a very lucrative market for private space tourism. But recent reporting from The New Yorker uncovered a perilous flight with the founder and prompted the FAA to ground the vehicle as it investigates the “mishap.”

We’ll chat with The New Yorker writer Nicholas Schmidle about that perilous flight and what it reveals about the culture of safety and risk at Virgin Galactic.

Then, another group of civilians are set to take to the skies next week. SpaceX’s Inspiraiton4 crew is slated to launch from Kennedy Space Center Wednesday. The crew of four private astronauts have been training since early this year for the three-day mission — and photographer John Kraus has been there snapping photos of their journey.

We’ll talk with Kraus about the crew and the places they’ve gone as they train to fly to low-Earth orbit next week.