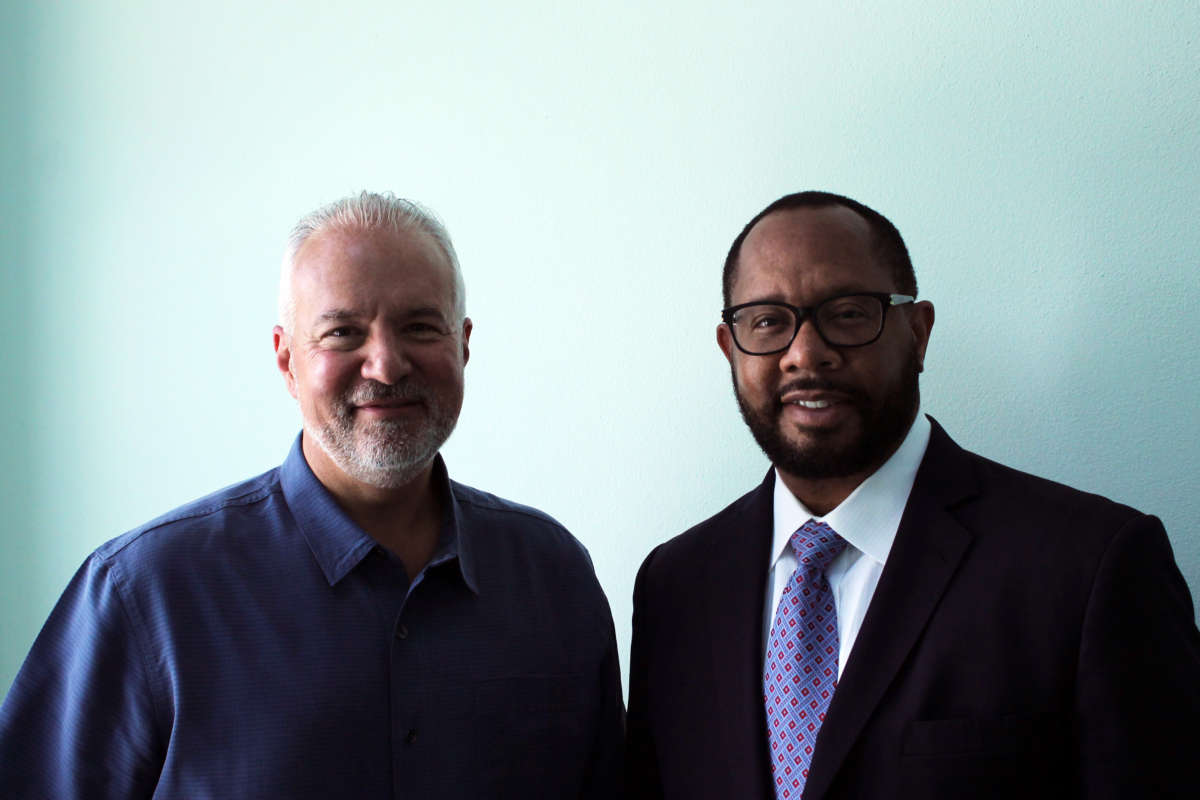 In 1999, Black farmers won a landmark civil rights case against the U.S. government. That case is the subject of Orlando attorney Greg Francis’s new book ‘Just Harvest’, which details the plight of Black farmers, and his work on the civil rights discrimination lawsuit.

Francis joins Intersection to discuss his experience representing the farmers and the road to agricultural equality. Joining the conversation with Intersection host Matthew Peddie is John Rivers, the founder and CEO of the 4Rivers brand.  Rivers is working on a new project in Orlando- a campus farm that will help educate young students on the importance of nutrition and agriculture. Rivers talks about his partnership with Francis, and shares how local farmers play a role in the community and overcoming food insecurity.

Francis says the civil rights case: Pigford v. Glickman, focused on discrimination against African American farmers after slavery. The farmers were promised land and resources by the U.S. Department of Agriculture, but due to the color of their skin, they were denied these resources.

“Although [the case] only involved the discrimination between 1981 and 1996, it was certainly a victory for the farmers in terms of acknowledgement of the treatment that they had been receiving for so many years,” Francis says.

Francis says that people have thanked him for sharing the story of the case and the history of farming in America.

Francis says that the treatment of the Black farmers in the 1980s and 1990s mirrors what we see today and we should pay attention to how one system can affect groups of people differently. He says that with that knowledge, we can avoid repeating history.

Francis grew up in Orlando but did not know much about farming or the case beforehand. Traveling to Mississippi and running a law office there helped him understand the discrimination facing farmers.

“My experience really came about as a result of this case. Once I started hearing the plight of the farmers, their stories and that type of thing, I started going out and meeting the farmers on their farms. And so I’d have a better understanding of exactly what it was, and who it was that I’d be representing.”

When Rivers heard about Francis’s book, he says he felt that the 4Roots Farm demonstrated similar values in its mission.

“A key piece of the actual campus itself is telling us the history and the story of Florida farming, and highlighting the Florida farmers that are out there. And if you look back in our history, you know, the black farmer had a key piece in that role in forming what farming is today in America.”

“When I found out about Greg and how he was representing the black farmers, not just here in Florida, but from all over the country, you know, that directly aligns with our mission to tell that story, as well as, one of the more important things, to advance it. How can we work together collectively to pour into both current black farmers, that there aren’t that many of them out there, by the way, and more importantly, the youth? How do we inspire young, black African American students to want to learn more about agriculture in general? That was our appeal.”

Rivers and his 4R Foundation is in the middle of developing a farm campus project, the 4Roots Farm, which is six years in the making. Now they are waiting on permits to be processed. The land stretches across 40 acres and is located two miles outside of downtown Orlando, in what is called the “packing district.” Rivers says that the proximity to students and families helps the disadvantaged community because they can have regular cooking and education classes.

“The intent of the farm campus is to teach both the youth, as well as teachers and parents and farmers, about different styles and different ways of approaching agriculture from a sustainable and regenerative perspective.”

Two things that Rivers wants to educate young students about is understanding where the food they eat comes from and changing the perception of farming.

“When young students think of farming, it’s easy to think about a pitchfork and being out in the middle of the field. But agriculture itself has so many different legs to it- from science, to botany, to chemistry, to hydroponics, aquaponics, all the technology that’s involved. So those are some of the areas that we’re hoping to spark interest.”

Food insecurity has become a more urgent issue during the coronavirus pandemic. But Rivers says these issues are still happening today.

“I always say that COVID didn’t cause food shortages and hunger, it just brought it to light.”

As the farm campus project moves forward, Rivers says it opens the door for other urban farms and educational programs, such as the 4Roots Café at the Orlando Science Center.

“There’s a lot of opportunity to raise awareness about that broken food system, and more importantly, what we can actually do to make a difference and impact it.”

Francis says the Just Harvest Foundation plans to work with the 4R Foundation, which will lead to more opportunities for agricultural equality and activism.

“What’s exciting about the, for me, about my connection with the 4 Roots Foundation is that we have acknowledged the the past discrimination, but now we’re doing something about it. We’re moving forward and we are attempting to address those wrongs of the past and doing it in a very positive way by investing in communities and students and consumers who really need it.”