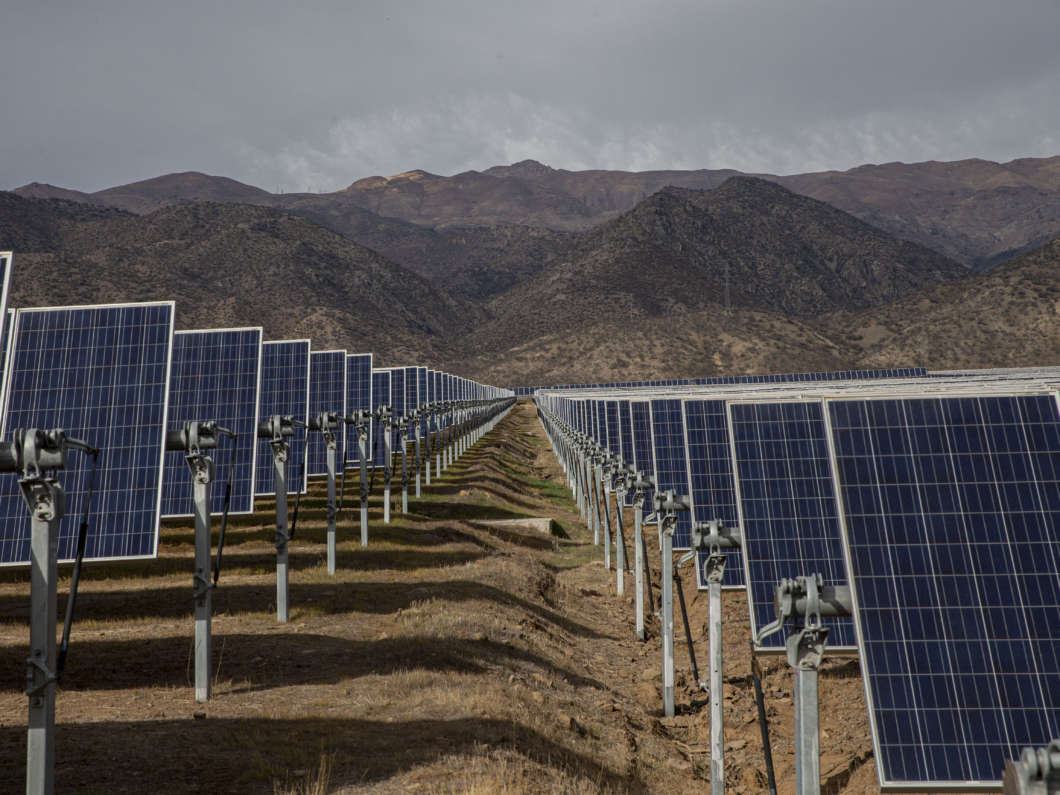 Solar panels at Chile's Quilapilún energy plant are part of a joint venture by Chile and China. China has been investing heavily in renewable energy technology.
Image credit: Esteban Felix

Greenhouse gas emissions have steadily risen for the last decade despite the current and future threat posed by climate change, according to a new United Nations report.

The annual report compares how clean the world’s economies are to how clean they need to be in order to avoid the most catastrophic effects of climate change — a disparity known as the “emissions gap.”

However, this year’s report describes more of a chasm than a gap. Global emissions of carbon dioxide, methane and other greenhouse gasses have continued to steadily increase over the last decade. In 2018, the report notes that global fossil fuel CO2 emissions from electricity generation and industry grew by a mammoth 2%.

“There is no sign of [greenhouse gas] emissions peaking in the next few years,” the authors write. Every year that emissions continue to increase, “means that deeper and faster cuts will be required” in order to keep the Earth from warming more than 1.5 to 2 degrees Celsius above pre-industrial levels.

The Earth is already more than 1 degree warmer than it was before industrialization, and that is driving more frequent and severe storms, droughts, heat waves and other extreme weather. According to the 2018 National Climate Assessment, if global emissions fail to fall in the coming decade, it will slow economic growth and cause serious damage to infrastructure and property in the United States.

“This is urgent, but we can do it,” says Elliot Diringer of the Center for Climate and Energy Solutions, a climate policy think tank in Washington, D.C. The annual emissions gap report “heightens even further the public and political pressure on governments to do their utmost,” he says.

The United States is currently not on track to meet its greenhouse gas reduction commitments under the Paris Agreement, which the United States ratified and is technically still part of until its withdrawal takes effect in November 2020.

U.S. emissions have decreased in the last decade as appliances and vehicles get more efficient and the economy moves away from pollutant-heavy energy sources, such as coal. However, a strong economy paired with regulatory rollbacks have pushed emissions back up in recent years, slowing the country’s downward emissions trend.

According to the new report, six other major economies are also lagging behind their commitments, including Canada, Japan, Australia and Brazil.

Meanwhile, China’s greenhouse emissions have continued to grow, although they appear to be on track to peak before 2030, which is the target date that Beijing set for itself. The new U.N. report points out that per capita emissions in China are now “in the same range” as the European Union. China has also invested heavily in renewable energy such as solar and wind, and leads the world in electric vehicle infrastructure, although such investments have slowed in recent years.

The new report lays out recommendations for how the world’s top economies could cut emissions in the next decade. For example, countries could ban new coal-fired power plants, require all new vehicles to be CO2-free by 2030, expand mass transit and require all new buildings to be entirely electric.

The report comes just a few weeks before world leaders meet in Madrid for the annual Conference of the Parties to the U.N. Framework Convention on Climate Change, where they will discuss whether to make bolder national promises to reduce greenhouse gas emissions in the coming years. The report warns that countries must promise to reduce emissions three to five times more than they already have.