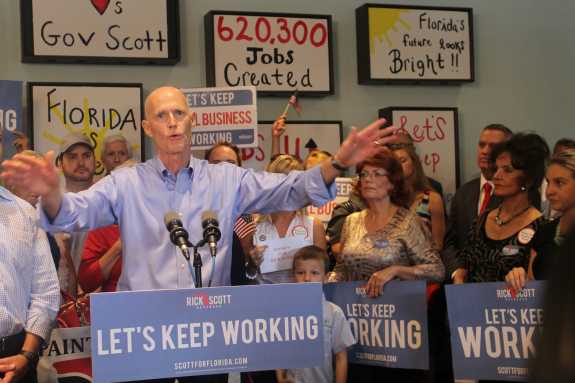 Gov. Rick Scott is promising a billion-dollar tax cut over the next two years.

Scott campaigned for re-election Monday in Winter Park and Kissimmee.

In Winter Park the governor was relaxed and surrounded by an energized crowd of supporters that included the incoming state Senate President Andy Gardiner of Central Florida.

Talking to reporters afterward, the governor explained his rationale for the billion-dollar tax cut.

On the campaign trail, Scott is proposing big spending on the environment and education including $700 million for schools, more than the $336 million surplus projected for the next fiscal year.