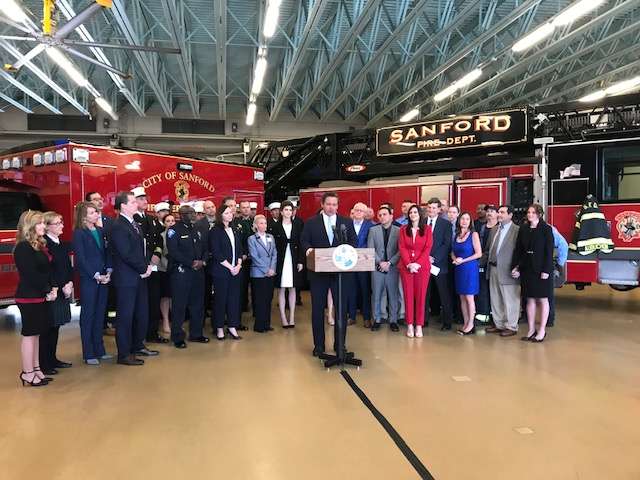 DeSantis also announced he will reinstate the Office of Drug Control to implement these recommendations at the local level. Photo: Flickr Creative Commons

DeSantis says local leaders and medical experts on the task force will develop a statewide strategy to prevent and treat opioid addiction.

He says law enforcement like Seminole County Sheriff Dennis Lemma will also suggest ways to reduce access to these drugs.

“The Sheriff had mentioned how some of the people pushing the fentanyl-when those have lead to deaths-have been charged with homicide. And I think that that’s appropriate.”

DeSantis also announced he will reinstate the Office of Drug Control to implement these recommendations at the local level.

I will be signing an Executive Order to re-establish the Office of Drug Control and create a Statewide Opioid Task Force. We also secured an additional $26 million in federal funding for Florida’s State Opioid Response Project. More info here – https://t.co/rUNPZesP2b

Attorney General Ashley Moody who will lead the task force says the group will work closely with the Office to secure more funding at the federal level.

“I also will eternally be grateful to Governor DeSantis for recognizing this emergency-not only promoting this task force but going after additional resources-so that the people involved in this that are fighting it in the trenches on a daily basis have the tools and resources they need.”

We are excited to welcome Dr. Scott Rivkees to the #FLHealth team! We look forward to working under his leadership to improve the health of all Floridians. https://t.co/83Wxz2dkRx

Dr. Scott Rivkees is a University of Florida professor and pediatric specialist.