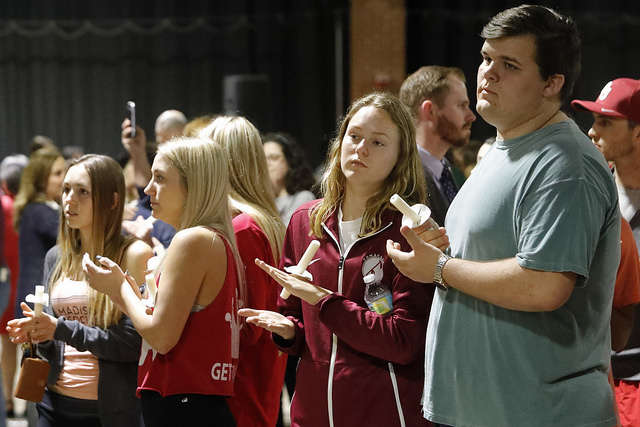 The announcement comes a day before the one year anniversary of the Parkland shooting. Photo: Flickr Creative Commons

Governor Ron DeSantis introduced an executive order that will put measures in place to make schools safer at the Brevard Sheriff’s Department today. The announcement comes a day before the one year anniversary of the Parkland shooting.

DeSantis charges the Department of Education with carrying out most of the changes outlined in the executive order before the beginning of the next school year. These include:

The order will also put pressure on the department to set up a database of possible school threats that was part of the Marjory Stoneman Douglas Public Safety Act.

“So this was supposed to be done by December 1 2018 and this has been an unacceptable lack of progress. And so I’m not going to stand for bureaucratic ineptitude. So I’m charging the Department of Education with setting it up by August 1.”

He also called for more social media surveillance for online threats from the Department of Education and local law enforcement officers.

DeSantis was also in Broward County to announce that he had filed a petition with the Florida Supreme Court to set up a statewide grand jury to look into how Florida schools handle safety. Read the full executive order here.