Gov. Scott’s Stance On Climate Change Vague As He Denies Banning The Phrase 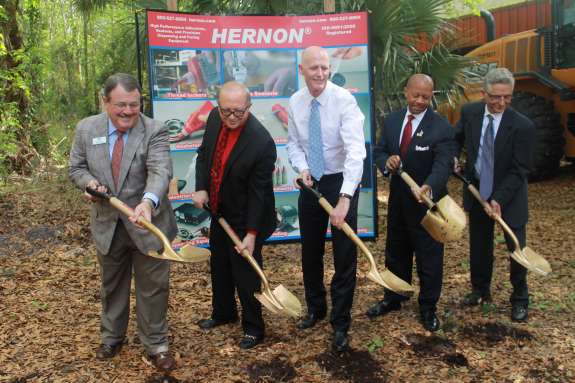 Gov. Rick Scott spoke at a ground-breaking at Hernon Manufacturing in Sanford. Photo by Amy Green

Gov. Rick Scott’s position on climate change remains vague as he continues to deny he banned the phrase at the Department of Environmental Protection and other state agencies.

The governor addressed the allegations Thursday during a stop in Sanford.

The governor told reporters his administration has no policy banning the use of phrases like “climate change” and “global warming.”

Scott spoke at the ground-breaking for a manufacturing plant expansion in Sanford.