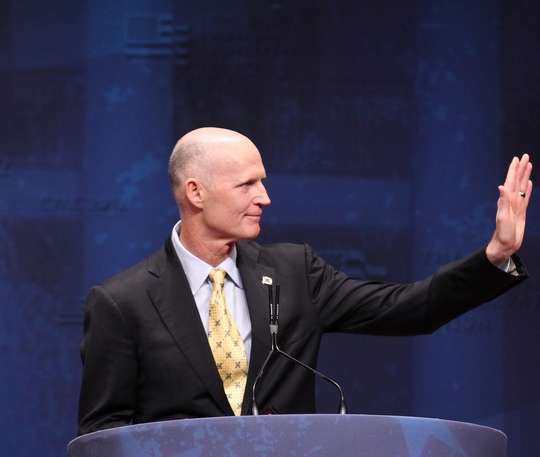 The $19.7 billion proposal is part of a $77 billion budget proposal to boost spending in education and technology and cut taxes in telecommunications. Photo: Conservative Political Action Pac.

Spending for public schools in Orange County could inch up under Governor Rick Scott’s $77 billion budget proposal for the new fiscal year.

“We have increased costs just like any other employer does when it comes to employee compensation, benefits, and things like that, so much of that increase would be utilized to cover those costs.”

But Collins calls the proposal a mere estimate of student enrollment numbers and budget needs, which could change and affect whether lawmakers approve the full budget.

As part of his budget, Governor Scott also proposed to eliminate the sales tax on college textbooks and to introduce a $20 million grant program for technical training centers.