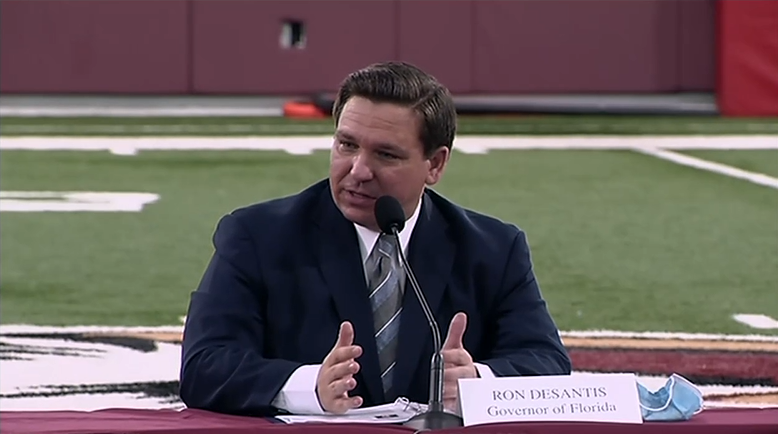 DeSantis said he’s investigating the possibility of applying for a federal loan instead.

“But I think if we can do the Department of Labor enhanced benefit through that loan we would want to do it to give people some more relief.”

He says the state simply cannot use its CARES Act dollars to pay for this assistance as 4 billion in funds has already been allocated for other uses.

“That’s not an option for us in Florida because those CARES Act dollars are obligated already, now they haven’t been quote spent. But it’s four plus billion that’s been obligated. ”

Since mid-March, the Florida Department of Economic Opportunity has processed more than 3 million claims for unemployment.

State Representative Anna Eskamani called on the governor to call a special session of the legislature to work on the budget instead.

.@GovRonDeSantis says we don’t have enough CARES Act $$ to match 25% requirement for @realDonaldTrump’s $400 unemployment extension EO, saying FL may take a LOAN from US Department of Labor.

Here’s an idea — let legislators come back to Tallahassee so we can deal w/the budget!