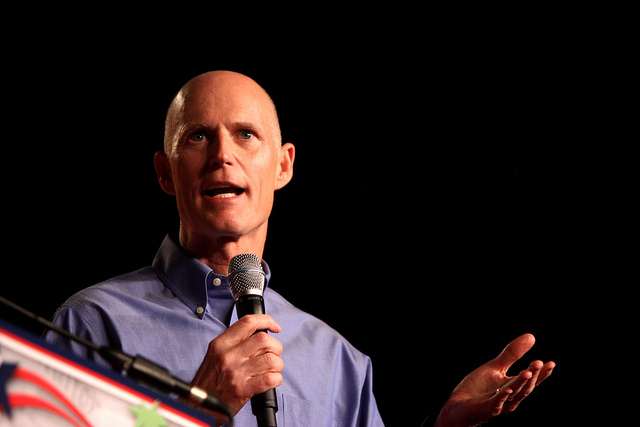 Gov. Rick Scott asked about the number of children and services that were available to them in the letter. Photo: Flickr Creative Commons

Gov. Rick Scott is speaking out against separating children from their families at the border. Scott sent a letter to Department of Health and Human Services’ Secretary Alex Azar yesterday saying this practice needs to stop immediately.

Scott said the Florida delegation and state and local officials were alerted the shelter in Homestead was reopening in February. Scott says during the Obama administration it was used to house unaccompanied minors. He asked Azar to provide information on the number of children being held at the facility and whether they had access to basic health and social services.

You can also listen to the full story, by clicking on the clip above.