Gov. Rick Scott Gets Another Endorsement: This Time From Small Business Owners 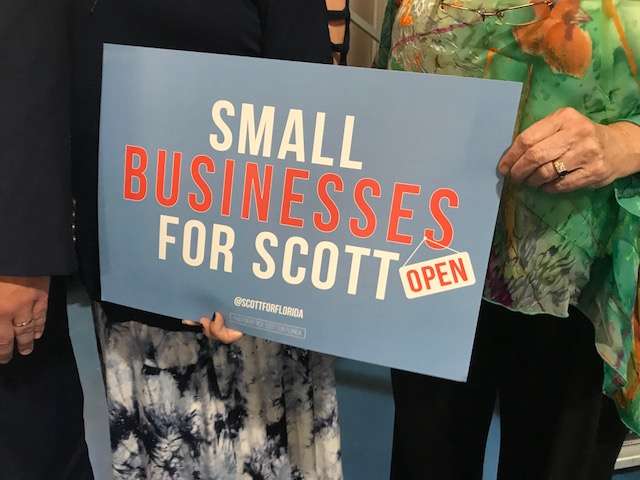 Small businesses have flourished under Scott according to NFIB. Photo: Danielle Prieur

Local political leaders were on hand at Restaurant Equipment World for the endorsement of Gov. Rick Scott. Orange County Republicans Chair Charles Hart took the day off just to see the National Federation of Independent Businesses endorse him in his Senate Race.

According to the U.S. Bureau of Labor Statistics, the labor force in the state is the largest it’s been in a past decade at more than 10 million in May.