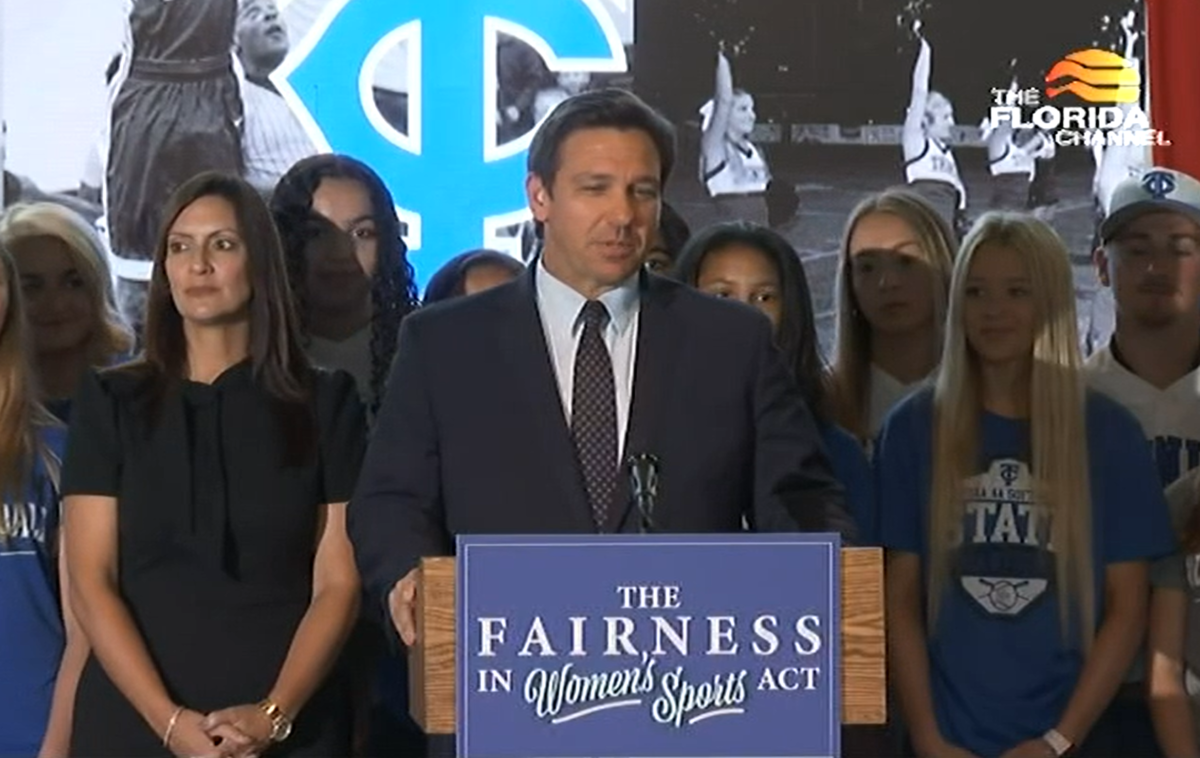 The governor signed the bill into law on the first day of Pride Month which celebrates the civil rights’ victories of LGBTQ people.

The Fairness in Women’s Sports Act will empower Florida women & girls to be able to compete on a level playing field. This will help ensure that opportunities for things like college scholarships will be protected for female athletes for years to come.
📺:https://t.co/wQo4Hcl0vG

DeSantis passed the law which would ban transgender women from high school and college sports teams that align with their gender identity on the first day of Pride month.

He says that’s not a message to the LGBTQ community in the state, but one about equality and fairness in women’s sports.

“Signing this bill on the beginning of Pride Month, once more demonstrates that the governor does not care about LGBTQ plus equality. All he cares is about a political right wing agenda.”

Eskamani says the law will effectively keep a whole segment of the population from joining school sports teams in Florida.

“This is a step backwards on so many levels. And it’s hurtful. It’s hurtful for those of us who care about LGBTQ plus people and of course it’s damning for parents of trans kids who just want to be kids.”

DeSantis who signed the bill into law with his daughter Madison on stage with him, says it’s a move forward when it comes to protecting female athletes in the state.

“And we’re going to go based off biology not based off ideology when we’re doing sports.”

A person’s eligibility to participate on these sports teams will now be determined by the sex assigned on a birth certificate, “at or near birth.”

Here are a part of my remarks against SB1028, the anti-trans bill that @GovRonDeSantis just signed into law.

I refuse for my identity as a woman to be used as a transphobic tool of division. https://t.co/Aerwvdp8aW