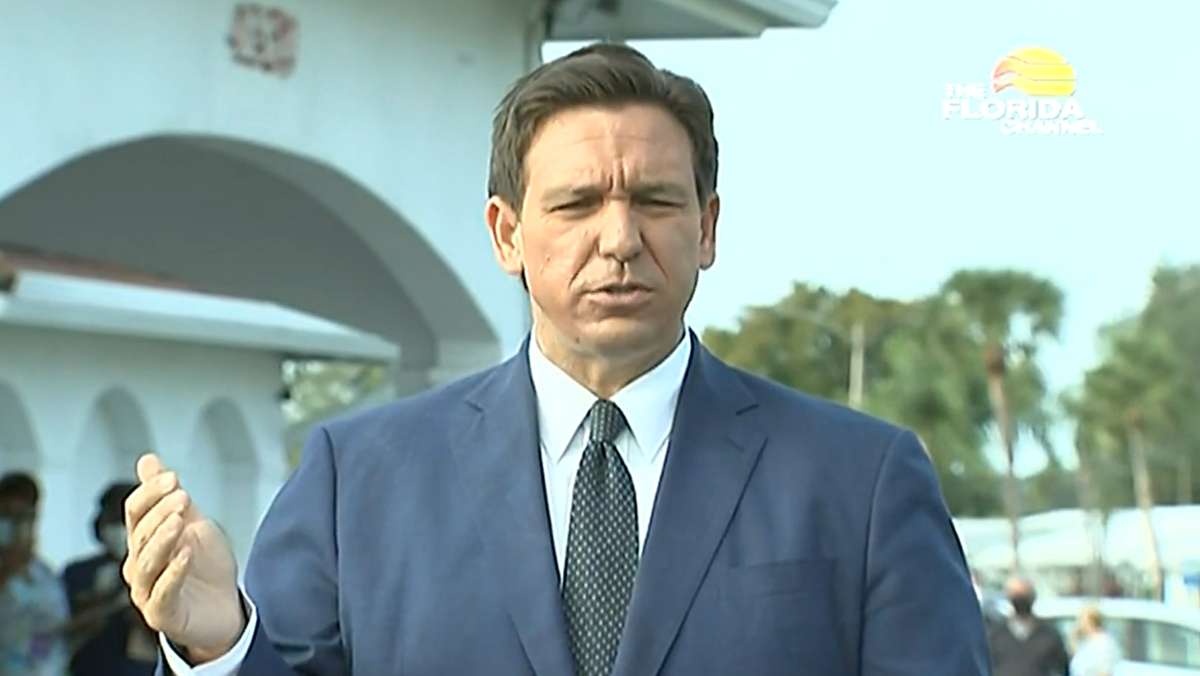 His comments came at the opening of a vaccine site at Pinellas Park that will distribute some 3,000 shots over 3 days to seniors 65 and older in the county.

Gov. Ron DeSantis says a shipment of second doses of the Moderna vaccine that was on its way to the Sunshine State has been delayed by snow storms.

DeSantis says these second doses would have normally been distributed to seniors and healthcare workers by today.

“Ah it’s basically sitting in the FedEx warehouse. I don’t even think they can get into it because of everything. So that’s going to happen whether that’s tomorrow or the weekend. Some say it could even last ’til Monday.”

But he says people should not cancel vaccine appointments they’ve already made as he expects the shots to arrive by Monday at the latest.

“So what I’d say if you had an appointment and the Moderna hasn’t come. Just hang in there. The doses are going to get here. But you have some extreme weather that’s keeping those doses out of Florida.”

DeSantis says some 2 million seniors in the state have already gotten the shot.