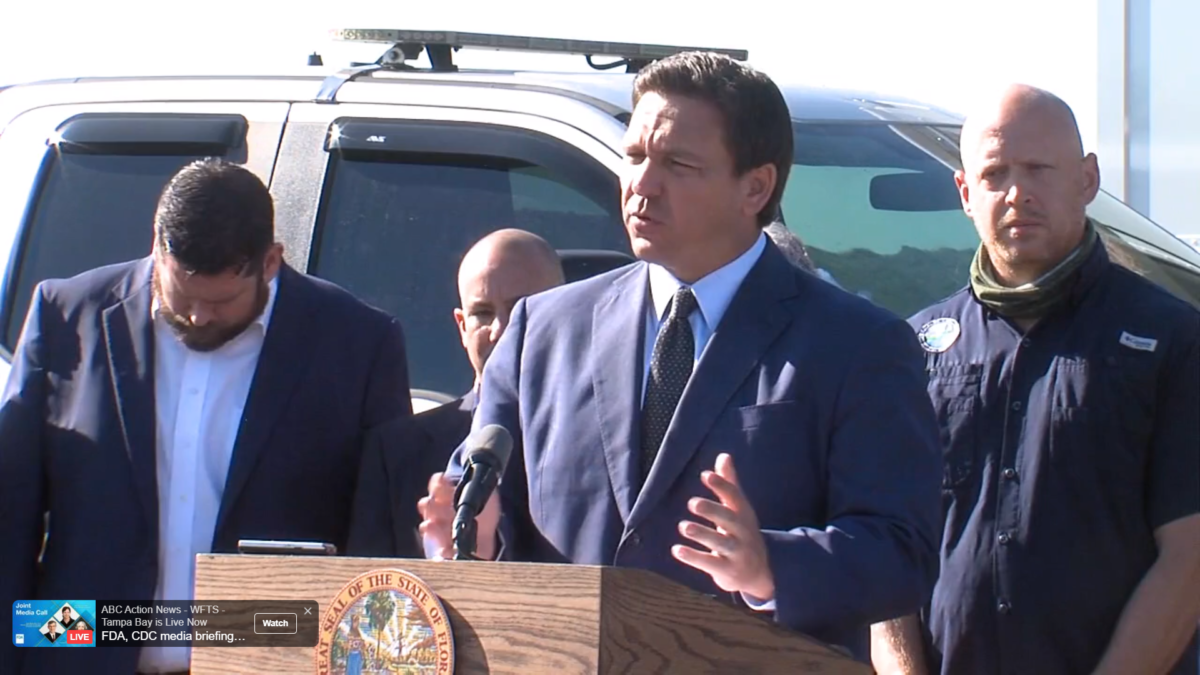 Gov. Ron DeSantis says he doesn’t expect a shortage of vaccines, despite the pause on distribution of the Johnson & Johnson vaccine.

DeSantis says there have been no complications reported in any Floridians, including himself who have gotten the Johnson & Johnson vaccine.

But he says the state will comply with CDC and FDA recommendations to stop giving out the shot for now.

“But as it stands now, we do have a lot of the Pfizer and Moderna. The J&J production had actually gone down. So last week we had I think about 300,000 was the most we had ever had of the J&J. And that was going down this week and next week anyways. And so most of those J&J shots were already been used.”

DeSantis received a Johnson & Johnson vaccine himself. He says people who’ve already had the vaccine shouldn’t be worried if they haven’t experienced any symptoms so far.

“You also have to balance that against. How many people are alive today because they had the J & J vaccine? I mean, there’s no question that it saved lives already.”

In a statement, the CDC and FDA said they are investigating life-threatening blood clots that developed in six women after they got the Johnson & Johnson vaccine.