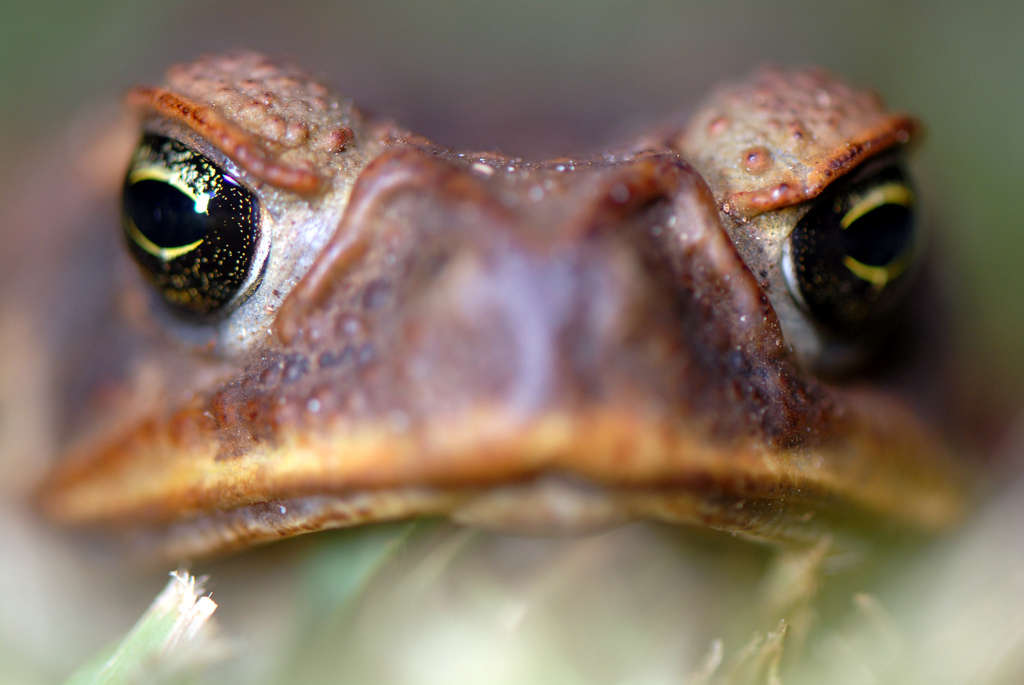 Cane toads, a non-native species to Florida, run rampant in backyards of homes and pose a threat to family pets with their toxins. The toads are common in South Florida, and they’ve also been spotted in the Central Florida area.

Jeannine Tilford founded the pest removal company Toad Busters three years ago in an effort to protect both pets and Florida’s ecosystem from the toads and their toxic secretions. She joins Intersection to talk her motivation for working to save Florida’s environment from non-native species.

Tilford, a registered Nuisance Wildlife Trapper with the Florida Fish and Wildlife Conservation Commission, founded Toad Busters after her work as a veterinary technician brought her into contact with dogs who had been exposed to toxic toads. Tilford originally started the company as a way to make extra money while working as a teacher. Toad Busters “exploded” within two months, and has continued growing ever since, she says.

Cane toads, also known as bufo toads, are an invasive species to Florida and can pose a threat to pets with their toxic secretions. They also disturb ecosystems by eating native frogs and insects.

Toad Busters technicians go out during the evenings equipped with LED safety vests and headlamps to collect toads by hand without the use of poisons or traps. The technicians then humanely euthanize the toads.

“We feel that’s the safest way for the pets and the people, and it’s the most effective way to catch them, I feel,” Tilford says. “And also it does not target any native species which is one of the things that my company’s focused on — improving our native wildlife, not just the invasives.”

Tilford says many of the calls her company receives come from clients whose dogs have been poisoned, or even killed, by interactions with the toads. Dogs and cats commonly chase or try to play with the toads and end up getting harmed.

Tilford herself experienced fear as a pet owner when her own Jack Russell Terrier suffered a seizure after coming into contact with a cane toad.

The Toad Busters team equips clients with the information and tools needed to address if they pets are poisoned by a toad. The key is to act quickly and transport your pet to a trained vet while there’s still time, she says.

“It was a very traumatic, scary thing to watch,” Tilford says. “I always tell people to be prepared for it because it’s time that matters, and if you’re panicking and going through the phone book trying to figure out who to call, you’re wasting time.”