Got Impeachment Trial Milk? These Senators Do 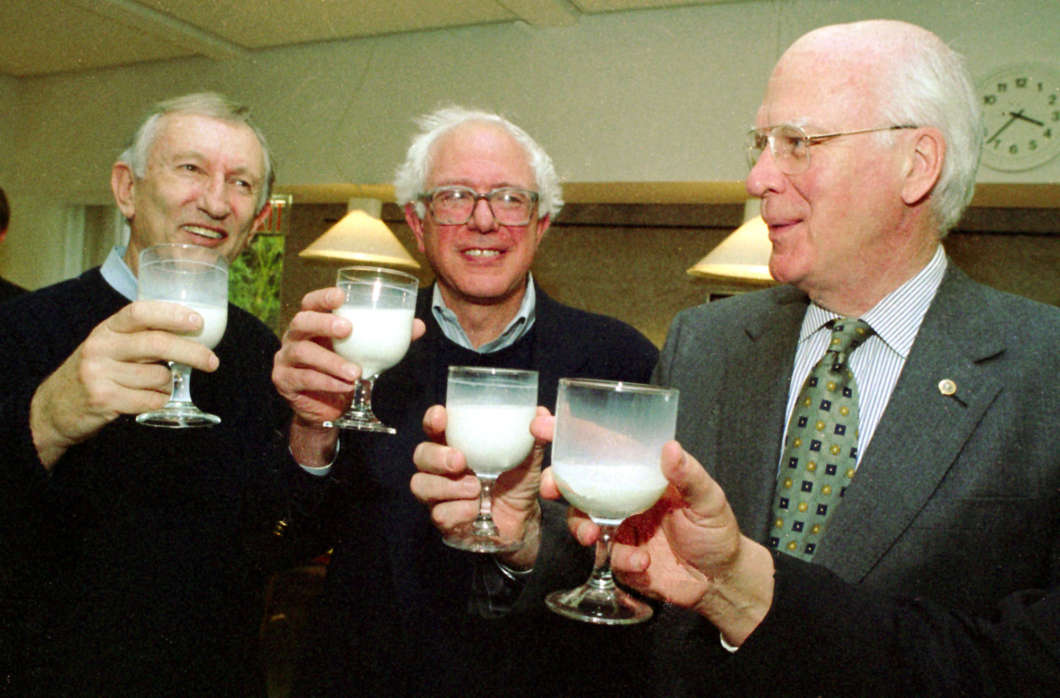 So he put aside for a moment debate on labor law and asked the presiding officer of the chamber a question, his signature brawny bass voice amplifying its importance: Could he have a Senate page fetch him a generous helping of milk?

“Is it in violation of the Senate rules if the senator for Illinois asks one of the page boys to go to the restaurant and bring him a glass of milk?” Dirksen asked.

“There is nothing in the rules to prohibit the Senator from requesting a glass of milk,” replied the presiding officer.

A relieved Dirksen was appreciative, as “water becomes pretty thin after a period of time. My lunch today will be a tall glass of milk,” Dirksen said.

Thus enshrined the Senate rule: “Milk while speaking,” permitting the imbibing of the white stuff on the Senate floor.

As Democrats and Republicans bitterly fought over the rules that would govern the impeachment trial of President Trump, word escaped that just two beverages would be allowed during the marathon chamber sessions: water and milk.

The nourishing revelation hearkened back to Dirksen’s historical milk moment, but also sent reporters’ social media accounts abuzz with witness accounts of U.S. senators taking gulps of milks while weighing the merit of high crimes and misdemeanors against the president of the United States.

The first sighting came when Tom Cotton of Arkansas was spied drinking a glass of milk. Then he was drank a second glass of milk. As speculation about his beverage mounted, Cotton himself confirmed the reports, using the opportunity to take a jab at lead impeachment manager, Rep. Adam Schiff, D-Calif.

“It’s true, I had some milk with my chocolate,” Cotton tweeted. “I guess I could’ve added vodka & had a White Russian (minus the Kahlua). But @RepAdamSchiff probably would’ve accused me of collusion.”

Senatorial milk is not a freebie. Apparently, if a senator wants to indulge, they must provide it themselves. The Senate cloakroom provides only one beverage allowed on the Senate floor: water.

Another idiosyncratic Senate custom that the impeachment trial has brought back into the public’s consciousness is the designated candy drawer.

“It’s actually a very important part of keeping senators awake during these long hours of testimony. Having a little energy boost as you’re sitting there at the desk is sometimes a good thing,” Santorum said.

While a spokeswoman for Cotton confirmed to NPR that the senator’s milk chugs were a nice way to wash down the candy drawer’s plentiful chocolate, any milk drinking spectacles during Trump’s impeachment trial may never reach dramatic heights achieved by Wisconsin Sen. Robert La Follette in 1908.

Around 1 a.m., La Follette knocked back a glass of eggnog, which tasted off to him, so he pushed it aside.

Iron-willed, La Follette pushed through an 18 hour and 23 minute filibuster, a single-speech duration record that took half a century to topple.

When La Follette’s eggnog was examined, it was revealed that the mixture contained enough toxic bacteria to be lethal.

“Who had a motive to poison the senator? Perhaps the kitchen staff — or, at least half the Senate,” jokes the U.S. Senate’s Historical Office, noting that the chamber’s interior could reach temperatures around 90 degrees back then.

“Most likely, however, the culprit was the searing heat that, until the 1950s, usually guaranteed senators the summer away from Washington.”

The deadly souring of milk should be averted by the cloakroom refrigerator, which Cruz’s chief of staff confirms, keeps impeachment milk nice and cool.