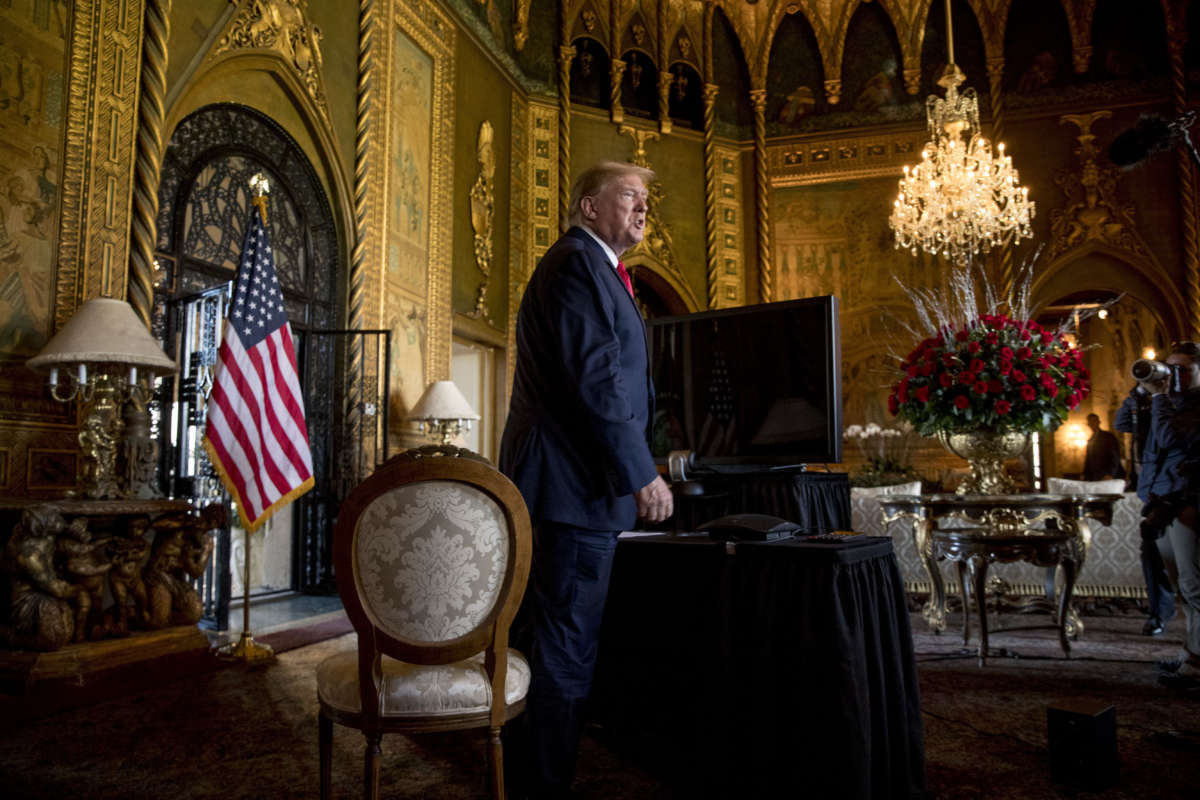 FILE - In this Dec. 24, 2019, file photo President Donald Trump speaks to members of the media following a Christmas Eve video teleconference with members of the military at his Mar-a-Lago estate in Palm Beach, Fla. Congressional Republicans are at a crossroads with Donald Trump. One branch of the party is keeping close to the former president, hoping to harness the power of his political brand for their campaigns. The other is splitting away and trying to chart a post-Trump future. (AP Photo/Andrew Harnik, File)

WASHINGTON (AP) — Republican leaders of Congress have been making the trip to Mar-a-Lago to see Donald Trump. They are seeking the former president’s help to win back control of the House and Senate.

Notably missing from the visits has been perhaps the most powerful Republican elected official, Sen. Mitch McConnell.

After the Jan. 6 insurrection at the Capitol, Trump’s onetime ally now claims to want nothing to do with him.

The standoff places congressional Republicans at a crossroads, with one branch keeping close to Trump and hoping to harness the power of his political brand for their campaigns and the other splitting away, trying to chart the GOP’s post-Trump future.