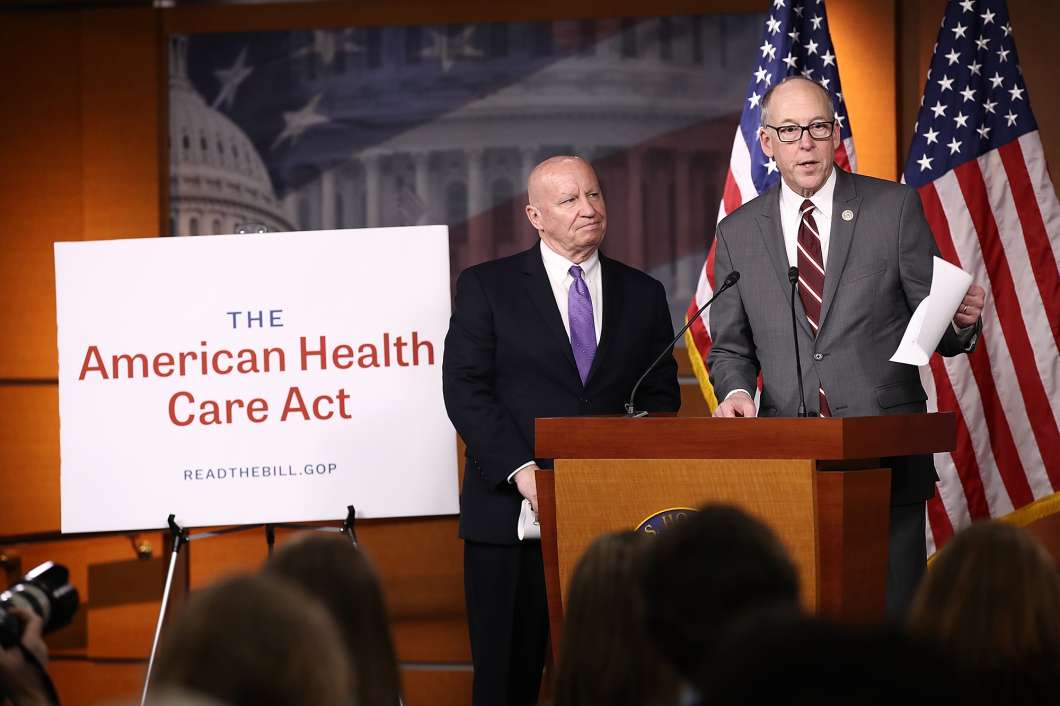 Join us as we track the American Health Care Act, the GOP plan to replace Obama’s health law, so you don’t have to. It is being reviewed and potentially amended in two House committees — Ways and Means and the Energy and Commerce Committee.

12:01 p.m.: After some back and forth between House Energy and Commerce Chairman Waldon and ranking Democrat Frank Pallone, D-N.J., over when and how amendments should be filed, Democrats say they have at least 100 of them, Kodjak reports.

Davis says the Ways and Means Committee could wrap about 1-2 a.m.

11:30 a.m.: Over on the House Education and Commerce Committee, things are humming along. Most Republicans have declined to give opening statements, but Democrats are all taking their opportunity to talk, but they’ve been limited to one minute each.

Rep. Jan Schakowsky, D-Ill., summed up her thoughts on the American Health Care Act this way: “You pay more, and you get less.”

Rep. Debbie Dingell, D-Mich., invoked her husband, former Rep. John Dingell, and former Sen. Edward Kennedy, D-Mass., (whom she said should have been president) as people who devoted their lives to health care for all. “We will not go down without a fight,” she said.

But Rep. Earl “Buddy” Carter, R-Ga., defended the American Health Care Act. Obamacare has left “little choice and a wealth of mandates,” he said. “You should have the freedom and flexibility to choose the care you want.”

Meanwhile, the American Medical Association and hospital groups have weighed in against the bill, which largely replaces Obamacare with tax credits to help people buy insurance.

“We want to make sure that whatever comes out of this change really supports particularly those low-income Americans, who frankly don’t have the resources to afford coverage,” Chip Kahn, CEO of the Federation of American Hospitals, said Wednesday at the health insurance forum in Washington. Hospitals may be particularly concerned if low-income people can’t afford insurance because then they are likely to show up in emergency rooms, driving up health costs.

11 a.m.: House Ways and Means Chairman Kevin Brady, R-Texas, kicked off his committee markup today with a call to action: “As President Trump said in his address to Congress last week, ‘Obamacare is collapsing,’ and ‘decisive action must be taken to protect all Americans.’ This morning, we will answer President Trump’s call to action, and we will send a clear message to all who are hurting because of this law. That message is: Relief is on the way.”

But the Democratic ranking member, Rep. Richard Neal of Massachusetts, called the bill “bad policy and the markup “bad process.” “Is it health care, or is it a tax bill?” he asked. He later answered himself: “It’s a tax giveaway to the wealthy,” he said, referring to the tax cuts in the bill aimed at higher-income people and the proposed increase in the amounts people are allowed to include in Health Savings Accounts. (HSA participation tends to skew wealthy.)

Meanwhile, the U.S. Conference of Mayors has weighed in, saying the nation’s mayors are “very concerned that the new bill has been issued without knowing how much it will cost or how many people it will cover.”

Rep. Lloyd Doggett, a conservative Democrat from Texas, also poked at the bill’s lack of financial estimates from the official Congressional Budget Office: ” ‘Trust me, it will be great’ is not a plan.”

10:30 a.m.: Good morning. Today we’re going to keep you regularly updated on the status of the American Health Care Act, the GOP plan to replace Obama’s health law. The bill was released Monday night and is being reviewed and potentially amended by two House committees today — Ways and Means and the Energy and Commerce Committee.

“People need relief from Obamacare now more than ever,” says House Speaker Paul Ryan, R-Wis., making the case at a news conference this morning before the committees began their work. “One out of every three counties in America is left with just one insurer,” he said.

The Republican bill has faced criticism from all sides, including conservative Republicans who say it will cost too much, Democrats who say it will cut too much to help people keep their health care, and observers who are skeptical that it will fulfill the goals the GOP has set for itself.

Ryan dismissed the criticism and questions about the party’s ability to push the legislation through: “We’re going the the inevitable growing pains of an opposition party. … That’s all the more reason we have to do what we said we’d do,” he added, which was to repeal and replace the Affordable Care Act, also known as Obamacare.

NPR’s Susan Davis reports that the Ways and Means Committee is not expecting to entertain any amendments from Republicans, which may streamline the process over there.

NPR’s Alison Kodjak says there was along line of people waiting to get into the Energy and Commerce Committee hearing room, and reporters brought snacks in anticipation of a long day.

With reports from NPR’s Susan Davis and Alison Kodjak.