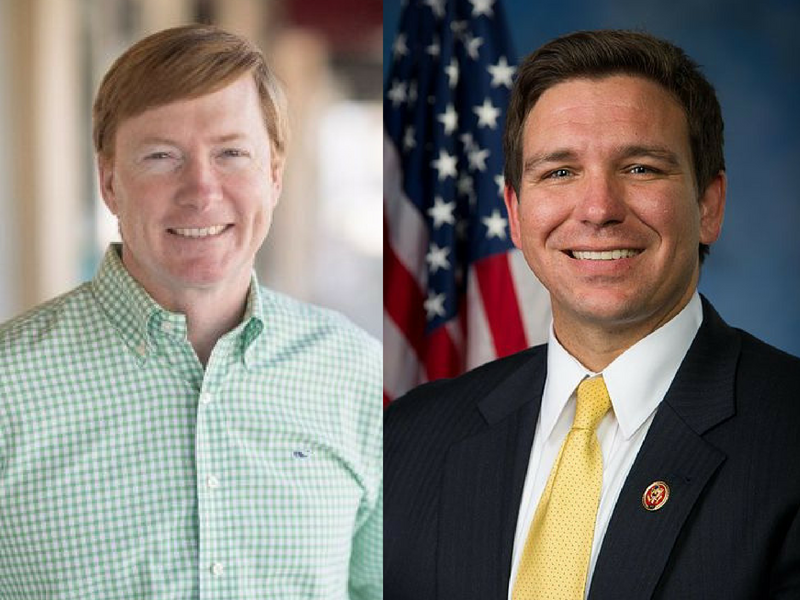 The candidates were questioned about the Trump administration’s immigration policy and how they would help secure the border.
DeSantis says families crossing the boarded illegally shouldn’t be separated.

“I think the folks that come illegally if they come with minors, they should be reunited with their families in their home countries, you should not come illegally,” said DeSantis.

When it comes to securing the border, Putnam touted the endorsement of more than 40 sheriffs statewide. “They know both of our records and they know who is best for securing our borders and keeping Floridians safe.”

They were asked about gun legislation in the wake of shootings in Parkland and Orlando.

Putnam touted Florida’s concealed carry program as a way to deter crime. “It is critically important that we defend our rights and protect our students in school. Those two things are not incompatible,” he said.

“It was because an utter failure of both the locals and the FBI and if I had been governor,” said DeSantis, “I would not have signed gun control, I would have removed that sheriff from Broward county.”

The two candidates were in line with their party when asked about abortion restrictions, entitlement programs and the legalization of recreational marijuana.

The debate was the first for GOP gubernatorial candidates. Before the debate, Putnam held a two-digit lead in polls and raised more money. DeSantis received the endorsement of President Trump.