GOP Bill Could Undercut Some Coverage In Job-Based Insurance 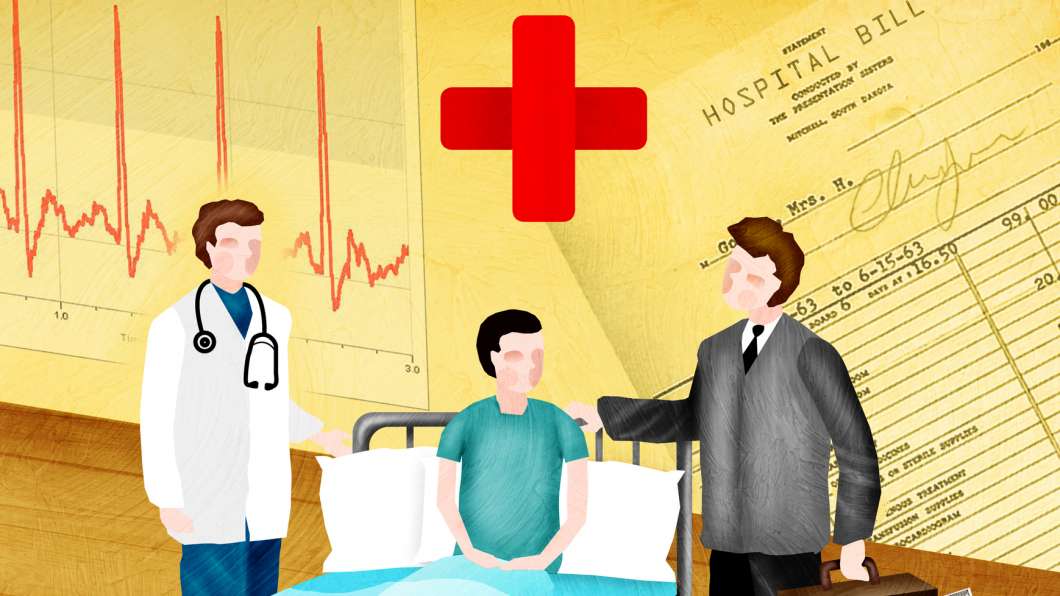 Would the House Republican health care bill impact insurance provided by employers? And why don’t people without insurance just go to an emergency room for regular care? Here are answers to those and other recent questions from readers.

Will employer-based health care be affected by the new Republican plan?

The American Health Care Act bill that recently passed the House would fundamentally change the individual insurance market, and it could significantly alter coverage for people who get coverage through their employers too.

The bill would allow states to opt out of some of the requirements of the Affordable Care Act, including no longer requiring plans sold on the individual market to cover 10 “essential health benefits,” such as hospitalization, medications and maternity care.

Small businesses (generally companies with 50 or fewer employees) in states that chose to do this would also be affected by the change. Plans offered by large employers have never been required to cover the essential health benefits, so the bill wouldn’t change their obligations. Many of them, however, provide comprehensive coverage that includes many of these benefits.

But here’s where it gets tricky. The ACA places caps on how much consumers can be required to pay out-of-pocket in deductibles, copays and coinsurance every year, and the caps apply to most plans, including large employer plans. In 2017, the spending limit is $7,150 for an individual plan and $14,300 for family coverage. Yet, there’s a catch: The spending limits apply only to services covered by the essential health benefits. Insurers could charge people any amount for services deemed nonessential by the states.

Similarly, the ACA prohibits insurers from imposing lifetime or annual dollar limits on services, but only if those services are related to the essential health benefits.

In addition, if any single state weakened its essential health benefits requirements, it could affect large employer plans in every state, analysts say.

That’s because these employers, who often operate in multiple states, are allowed to pick which state’s definition of essential health benefits they want to use in determining what counts toward consumer spending caps and annual and lifetime coverage limits.

“If you eliminate [the federal essential health benefits] requirement, you could see a lot of state variation, and there could be an incentive for companies that are looking to save money to pick a state,” with skimpier requirements, says Sarah Lueck, senior policy analyst at the Center on Budget and Policy Priorities.

I keep hearing that nobody in the United States is ever refused medical care — that, whether they can afford it or not, a hospital can’t refuse them treatment. If this is the case, why couldn’t an uninsured person simply go to the front desk at the hospital and ask for treatment, which by law can’t be denied, such as, “I’m here for my annual physical, or for a screening colonoscopy?”

If you are having chest pains or you just sliced your hand open while carving a chicken, you can go to nearly any hospital with an emergency department, and, under the federal Emergency Medical Treatment and Active Labor Act, the staff is obligated to conduct a medical exam to see if you need emergency care. If so, they must try to stabilize your condition, whether or not you have insurance.

The key word here is “emergency.” If you’re due for a colonoscopy to screen for cancer, unless you have symptoms such as severe pain or rectal bleeding, emergency department personnel likely wouldn’t order the exam, says Dr. Jesse Pines, a professor of emergency medicine and health policy at George Washington University, in Washington, D.C.

“It’s not the standard of care to do screening tests in the emergency department,” Pines says, noting that, in that situation, the appropriate next step would be to refer you to a local gastroenterologist who could perform the exam.

Even though the law requires hospitals to evaluate anyone who comes in the door, being uninsured doesn’t let people off the hook financially. You’ll still likely get bills from the hospital and physicians for any care you receive, Pines says.

The Republican [health care] proposal says people who don’t maintain continuous coverage would have to pay extra for their insurance. What does that mean?

Under the bill passed by the House, people who have a break in their health insurance coverage of more than 63 days in a year would be hit with a 30 percent premium surcharge for the year after buying a new plan on the individual market.

In contrast, under the ACA’s “individual mandate,” people are required to have health insurance or pay a fine equal to the greater of 2.5 percent of their income or $695 per adult. They’re allowed a break of no more than two continuous months every year before the penalty kicks in for the months they were without coverage.

The continuous coverage requirement is the Republicans’ preferred strategy to encourage people to get health insurance. But some analysts have questioned how effective it would be. They point out that, whereas the ACA penalizes people for not having insurance on an ongoing basis, the AHCA penalty kicks in only when people try to buy coverage after a break. It could actually discourage people from getting back into the market unless they’re sick.

In addition, the AHCA penalty, which is based on a plan’s premium, would likely have a greater impact on older people, whose premiums are relatively higher, and on those with lower incomes, says Sara Collins, a vice president at the Commonwealth Fund, who authored an analysis of the impact of the penalties.