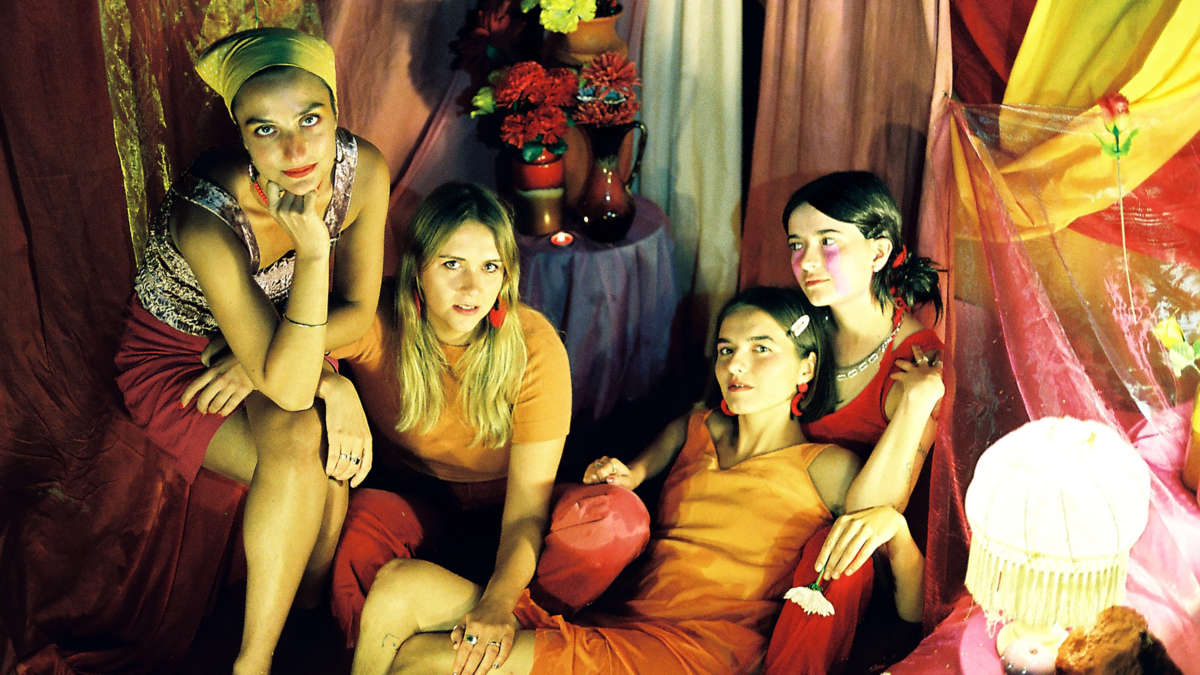 “Punk” can mean a lot of different things – an attitude, a perspective, a music genre. All three, or none? It’s this open-ended interpretation that’s given the “genre” such a long life – and now, the South London band Goat Girl is defining its own version.

Goat Girl got its start in the punk-adjacent DIY scene there, experimenting with a variety of sounds, eventually landing on an approach to songwriting colored not only by their politics, but by their personal experiences of the world. That includes how they take care of themselves, and each other. Punk rock… as self-care.

The band released its second full-length, On All Fours, in January – World Cafe spoke with lead vocalist and guitarist Lottie and drummer Rosy about it, and heard some full-band performances of songs from the latest album.