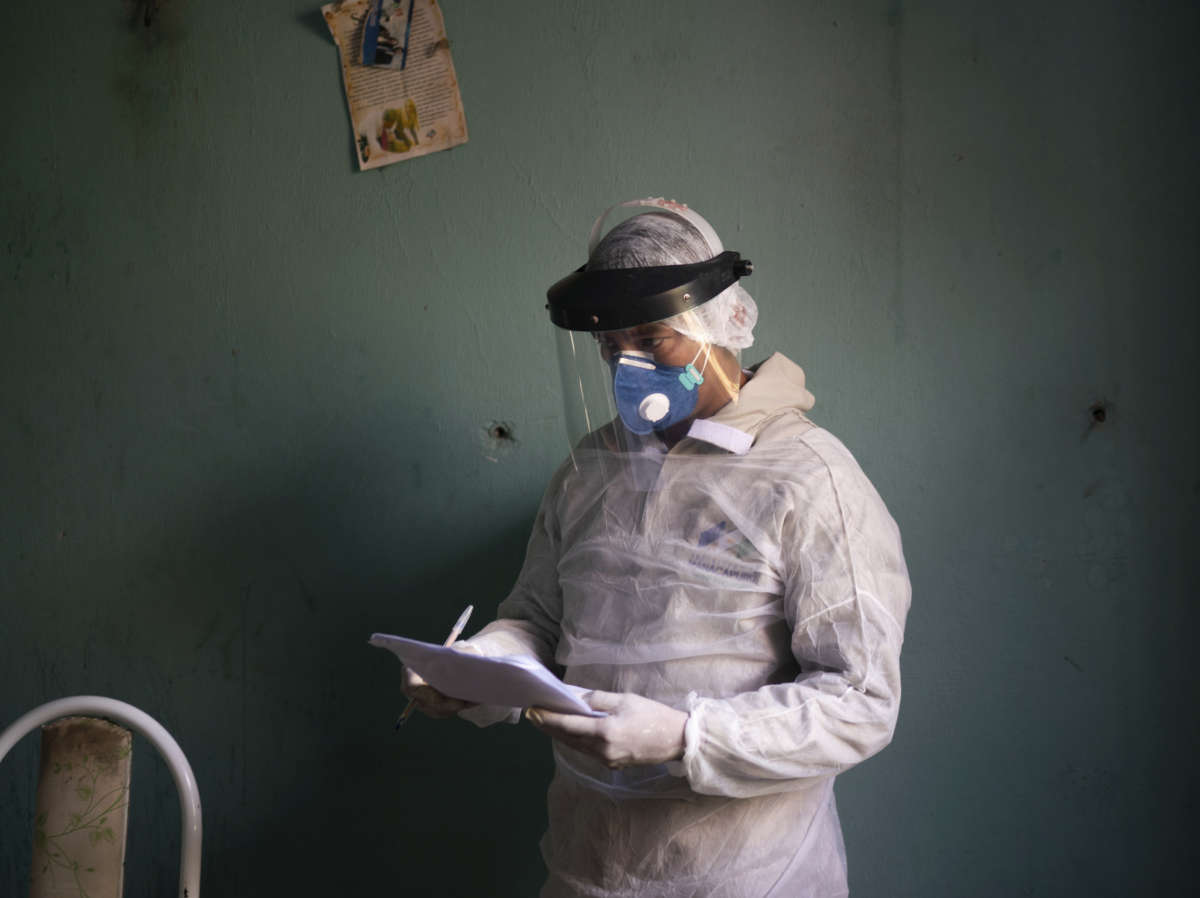 More than 6.9 million people worldwide have been infected since the first reported case of the coronavirus late last year.
Image credit: Felipe Dana

The COVID-19 pandemic has now claimed more than 400,000 lives worldwide, according to data collected by Johns Hopkins University.

The university’s Coronavirus Resource Center noted the grim milestone on Sunday. The United States — at more than 109,000 — accounts for more than a quarter of those deaths.

Worldwide, more than 6.9 million people have been infected with the coronavirus since the first known cases began to emerge in the Chinese province of Hubei late last year. Experts at Johns Hopkins say infections are expected to surpass 7 million by mid-week.

The U.S. has seen more than 1.9 million cases, but in cities across the country, demonstrators have set aside fears over the coronavirus in recent days to rally by the thousands against police brutality in mass protests ignited by the death of George Floyd. Public health experts have cautioned that a spike of new cases could follow the demonstrations.

Dr. Anthony Fauci, , the head of the National Institute of Allergy and Infectious Diseases, told a Washington, D.C. radio station on Friday that the protests are a “perfect set-up for further spread of the virus.”

“I get very concerned, as do my colleagues in public health, when they see these kinds of crowds,” Fauci told WTOP. “There certainly is a risk. I can say that with confidence.”

As demonstrations continue, many states are moving forward with enacting re-opening plans to revitalize their economies, easing restrictions put in place to stop the spread of the coronavirus and allowing more businesses to open their doors or expand operations.

Revelers in Las Vegas were able to return to the city’s iconic casinos on Thursday as they re-opened for the first weekend since Nevada shut them down in March. Though casino staff donned masks, patrons weren’t required to wear them, and according to an Associated Press report, many did not.

New York City, which has registered more cases than any other city in the nation, is scheduled to enter the first phase of its re-opening on Monday. Other portions of New York state had already been allowed to ease restrictions weeks ago and some regions are even entering the second phase.

Though considered one of the more comprehensive tallies of coronavirus infections and deaths, the Johns Hopkins tracker is often acknowledged to come up short.

Obstacles to testing, especially early on in the pandemic, have been cited as one reason why coronavirus figures may fail to paint a truly accurate picture. Public officials and governments have also been accused of impeding the release of accurate statistics or even acknowledging the crisis.

In Brazil — second only to the U.S. in number of cases — accusations of a cover-up followed the removal of death and infection totals from the health ministry’s website on Saturday. Jair Bolsonaro, the country’s president, called the figures misleading and the ministry is now releasing only a daily count.

Bolsonaro has repeatedly clashed with public health experts during the pandemic, including his own health ministers, with one minister resigning about a month after his predecessor was fired. According to Johns Hopkins, Brazil has seen more than 672,000 cases and nearly 36,000 deaths.

Russia has also bedeviled public health experts with a comparatively low tally of COVID-19-related deaths despite having the third highest number of cases in the world. Critics have accused the country of manipulating its figure. Officials counter those claims by touting the government’s response and the rigor in which Russian doctors certify a cause of death.