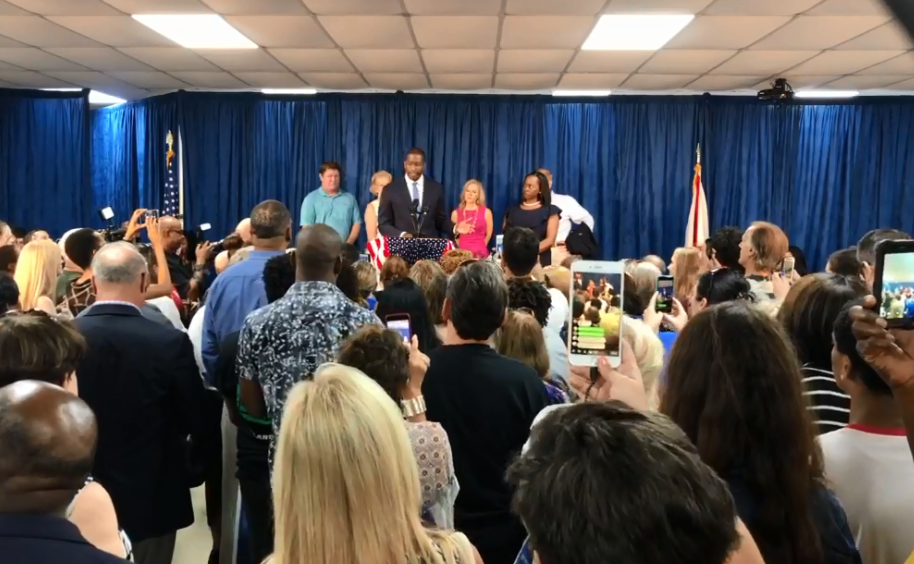 Gillum spoke at the International Union of Painters and Allied Trades office as part of a Florida Democratic Party campaign rally Friday afternoon.

He was introduced by Florida US Senator Bill Nelson, and his primary opponent, Gwen Graham.

Gillum told the raucous crowd he would reverse what he called Governor Rick Scott’s attempts to privatize Florida’s education system.

“We’re going to put our money where our mouth is and add a billion new dollars to public education, beginning…by paying teachers what they are worth.”