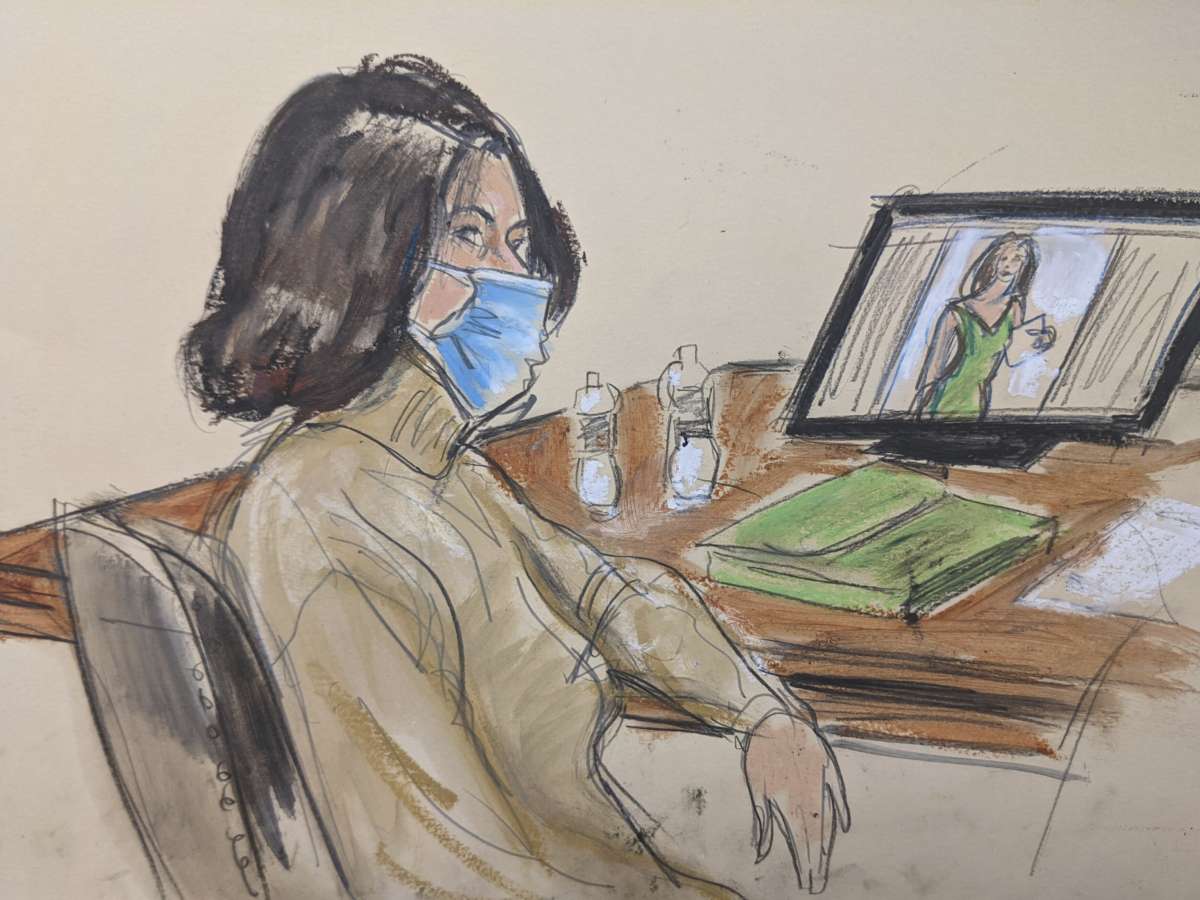 In this courtroom sketch, Ghislaine Maxwell is seated at the defense table while watching testimony of witnesses during her trial in New York.
Image credit: Elizabeth Williams

British socialite Ghislaine Maxwell was found guilty on Wednesday of facilitating the abuse of underage girls at the hands of wealthy financier Jeffrey Epstein.

Jurors deliberated for five full days before finding Maxwell guilty on five of the six counts she faced, including the sex trafficking of a minor. The 60-year-old was found not guilty of enticing a child to travel with intent to engage in illegal sexual activity. Epstein, a convicted sex offender, died in 2019 while in a Manhattan correctional facility.

It’s a case that has captured international attention and sparked countless conspiracy theories. And there’s plenty of fodder: Maxwell and Epstein, who were a couple in the 1990s and early 2000s, surrounded themselves with wealthy and powerful men, including Bill Gates and Bill Clinton.

Over the past few years, a steady stream of women have accused Maxwell and Epstein of abusing them when they were underage. Some have also said the couple forced them to perform sex acts on famous men such as Prince Andrew and former New Mexico Gov. Bill Richardson. Both deny these accusations.

Epstein died before he could be prosecuted

Early attempts at prosecuting Epstein were riddled with accusations of the financier playing the system, judicial corruption and cover-ups. His death in 2019 in custody at a Manhattan correctional facility was ruled a suicide, but there have been been many questions about the circumstances. Some of his accusers said his death before facing justice left them with a feeling of emptiness.

“The fact I will never have a chance to face my predator in court eats away at my soul,” Jennifer Araoz, who has accused Epstein of raping her when she was 15, said shortly after his death.

The defense said Maxwell has been a scapegoat for Epstein

This feeling of unresolved justice is exactly what the defense capitalized on as part of its case in the trial against Maxwell. Her lawyers have portrayed her as a scapegoat, being tried as a proxy for Epstein.

In their opening arguments, they drew a biblical comparison. “Ever since Eve was accused of tempting Adam for the apple, women have been villainized,” said Maxwell attorney Bobbi Sternheim, adding that Epstein is “the proverbial elephant in the room.”

The defense has also tried to prove that although they were once a romantic couple, Maxwell and Epstein drifted apart over the years and by the early 2000s, were living separate lives. Whatever he did in his personal life was not Maxwell’s business, her attorneys said.

The prosecution portrayed Maxwell as a predator

The prosecution painted a starkly different picture. In her opening statement, Assistant U.S. Attorney Lara Pomerantz alleged that Epstein and Maxwell ran a “pyramid scheme of abuse.” She described them as “partners in crime” and said “they had a playbook.”

Four accusers took the stand, recounting Epstein’s abuse and Maxwell’s essential role in facilitating it. The accusers said they were underage at the time and in vulnerable positions due to financially unstable homes and broken families.

They told the court that Maxwell and Epstein enticed them with promises of helping with their careers and education. They described Maxwell as a fun, sophisticated older sister figure who “groomed” them — normalizing and even participating in the sexual abuse.

All women testified that although the alleged abuse happened about two decades ago, it has haunted them since.

Defense lawyers pushed back, saying 20 years is a long time to remember an incident clearly. Maxwell’s team brought in renowned memory expert Elizabeth Loftus, who spoke about research on how memory can fail, especially over time. It can be contaminated and tampered with. False memories can even be implanted. Maxwell’s lawyers also questioned why the women who came forward against her chose to do so two decades later, suggesting that they were doing so for financial gain.

The trial was projected to last around six weeks, but arguments wrapped up in about half that time. Maxwell did not testify. “Your honor, the Government has not proven its case beyond a reasonable doubt so there is no need for me to testify,” she said, according to Julie K. Brown of The Miami Herald.

Among other things, jurors were instructed to weigh whether Maxwell consciously ignored the abuse. This makes it harder for Maxwell’s defense: “Willful blindness” or “conscious avoidance” is a judicial doctrine that expands the definition of knowledge to include closing one’s eyes to the high probability that a criminal activity is happening.