Getting Ready For Hurricane Season 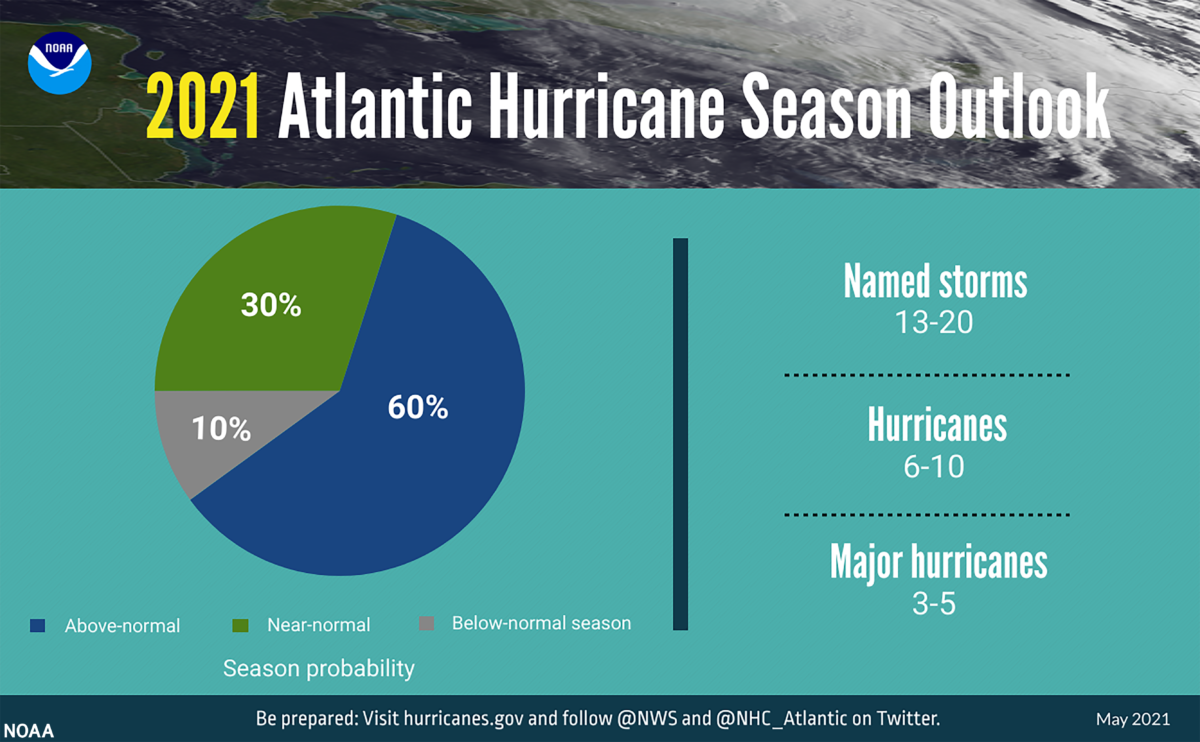 Hurricane season has just begun but it’s never too late to prepare, as forecasters are anticipating a busy season.

Seminole County emergency manager Alan Harris says his team is following the practices that worked for them last year. He says shelters will be open if there’s a hurricane, but the best option is to evacuate to a safe place like a family or friend’s house if they live in a concrete masonry block structure.

“We can’t ask if someone’s been vaccinated or not so you could certainly be positioned next to a person that is not vaccinated, so it is in your best interest if you are going to come to an emergency shelter to get vaccinated,” he says.

Harris says the county may offer vaccinations to people if they want them once they leave the shelter.

While 2020 brought simultaneous challenges, like preparing for the potential arrival of Hurricane Isaias while responding to the pandemic, Harris says it reinforced the need for effective communication. That was a lesson learned during Hurricane Irma in 2016, when people were calling to complain about the delay in trash collection after the storm because they didn’t understand how much debris there was to pick up.

“So we started using 11 Spaceship Earths at Epcot. And our calls immediately stopped, started decreasing, stopped completely. We were not getting as many complaints because people understood,” he says. “Everybody here in the Orlando metro area knows what Spaceship Earth is at Epcot Center. It’s an icon of ours in Central Florida. So when you talk about 11 of those, ‘I go on a ride inside of this thing, and you’re picking up 11 of those. Yeah, I get that, the garbage truck can’t go by and pick it up.’”

Harris says that although some people are skeptical of the forecasts and tend to judge present disasters by previous ones, his team has to be mindful of how they can best inform the community.

“We need to manage expectations. We need to explain to individuals what it could be like at the end,” he says. “We don’t know if the hurricane is going to hit or not, but we have to do the best that we can with the information we have just like we did with the pandemic. We tried to protect people to the best of our ability based on the science.”

Harris says that when he is asked to give updates on the hurricane forecast, he usually says he is preparing for the “one,” as in the one major hurricane that could hit Seminole County – even if it is nowhere on the Emergency Operation Center’s radar.

Harris says generators, plywood, water and other essentials run out quickly when a storm is approaching.

“Hopefully people learned during the pandemic, that you know people go get crazy things right before a disaster. I couldn’t – I’m the emergency manager for the county-  I couldn’t find toilet paper or paper towels anywhere, you know? So guess what’s going to happen right before a hurricane? It’s the same thing every single time.”

Harris says the pre-hurricane checklist should include an evacuation plan, a check of insurance, make sure your generator works if you have one, and clear loose debris from your yard.