Get The Chips And Dips Ready, Puppy Bowl XIV Is Almost Here! 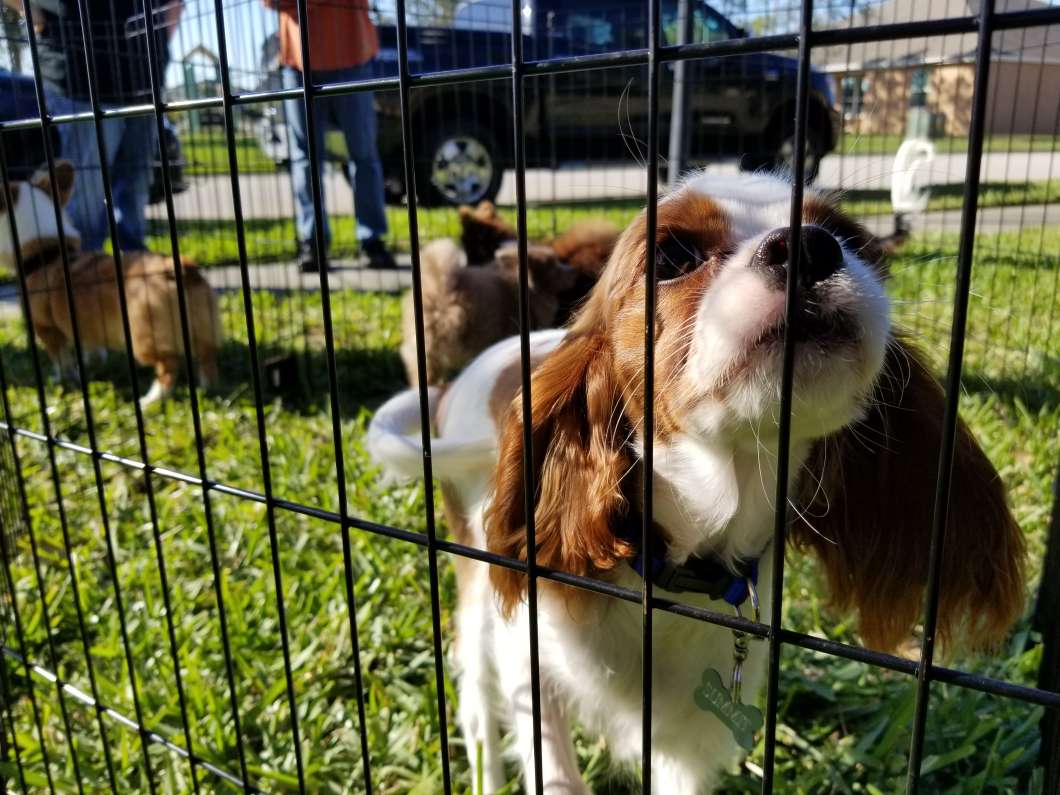 Are you Team Ruff or Team Fluff? Forget the Super Bowl– this weekend’s big game for many is the 2018 Puppy Bowl. 90.7’s Crystal Chavez got to meet some of the local players ahead of the competition and reports that two of this year’s pups were given up by a breeder whose home flooded during Hurricane Irma.

A handful of puppies from Florida Little Dog Rescue are either playing in the Puppy Bowl, are backups or are making digital appearances for Animal Planet. This is the central Florida rescue’s fifth time participating.

Director Laure Johnson said this year’s players have some undeniable strengths … including Morris, a Pomeranian, and a corgi pup named Clyde.

“Morris is really good at being cute, blending in with the toys. Clyde, he’s good at just about everything but he excels at tail wagging for sure,” said Johnson.

Johnson said the Puppy Bowl gives shelters and rescue groups the chance to show they also have the types of dogs people often pay to get from breeders. All of the organization’s Puppy Bowl puppies have gone on to be adopted.

This is the first year Animal Planet is also hosting a ‘Dog Bowl’ to advocate for the adoption of older dogs that may be a better fit for some households.