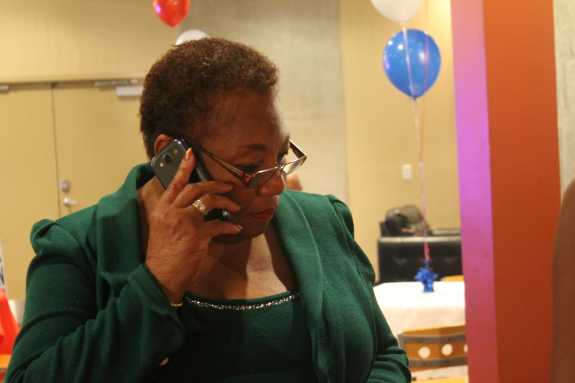 She celebrated with supporters in Parramore after winning 64 percent of the vote.

She says if re-elected she plans to focus on education, gender equality and amending the state’s “stand your ground” law.

“I think at least it needs to be amended to exclude an aggressor who starts a fight and provokes an altercation from being able to use deadly force and then walk away scott free by saying they thought someone had a weapon or they thought their life was in danger.”

Thompson’s rivalry with Siplin dates back at least a decade, when he defeated her in a bid for the state Senate. Siplin had no comment on the night’s primary result.

His wife, Victoria Siplin, was also on the ballot. She’s facing a run-off election for Orange County Commission in District 6.

Thompson will face Republican Edward DeAguilera in the general election.