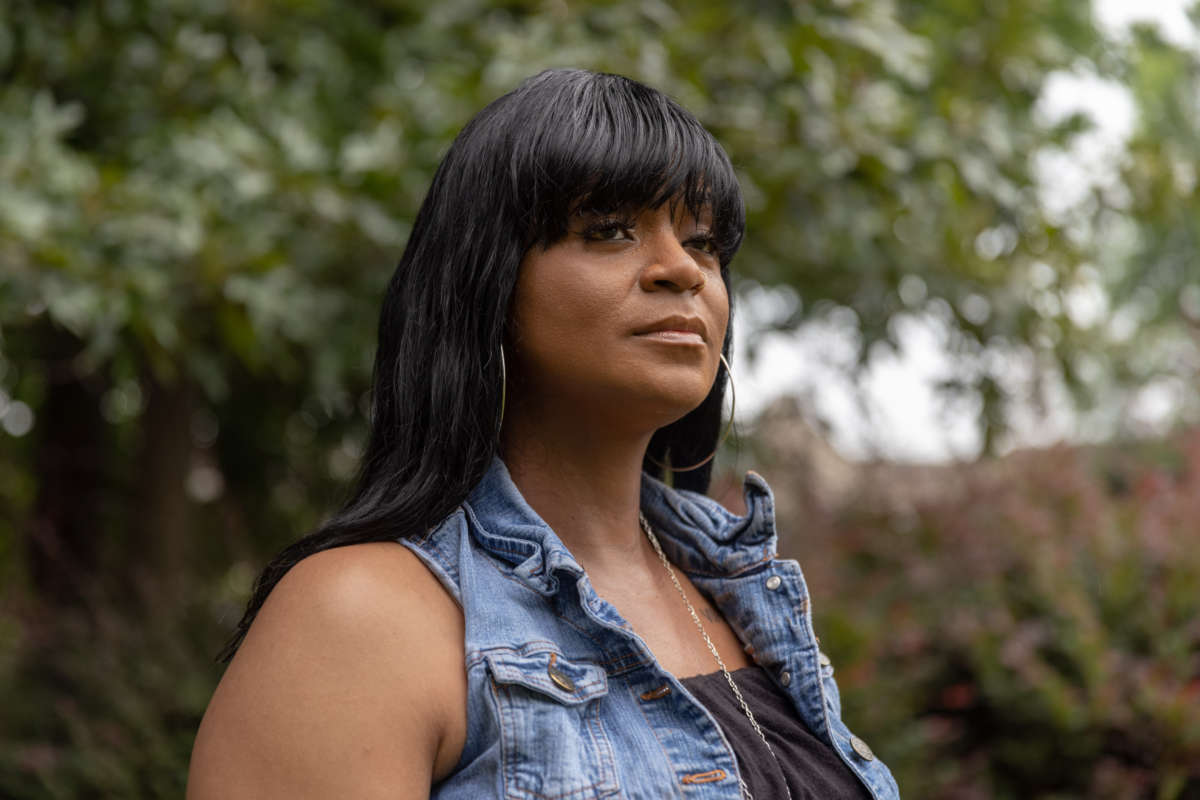 Safiya Kitwana lives in Lithonia, Ga. She's a single mom with 2 teenage kids who lost her job in the pandemic. A federal program would pay all her back rent so she could keep her home. But DeKalb county refuses to do that and will only pay 60% of people's back-rent. So Kitwana's on the verge of eviction.

Back around the start of the year, Michael Thurmond had a problem. He’s the top elected official in DeKalb County, Ga. Congress had approved about $50 billion in money to help people catch up and pay rent to avoid eviction.

But Thurmond worried that his county wouldn’t get enough money to help everybody.

“What do I say to the family who is the first in line after all the money has run out?” he asks.

So he and county officials decided to impose limits. Congress authorized more than a year of back rent assistance that would be paid in full. But the county imposed a different rule — it pays just 60% of the back-rent someone owes. The landlord is supposed to just absorb the loss beyond that or the renter comes up with the difference or something in between.

But that hasn’t been the way things have played out. And with a federal eviction moratorium expiring next week, critics say DeKalb has reached a crisis moment.

“When they leave the note by the door, my kids, like they’re wondering, mommy, what we’re going to do?” she says. “I don’t have answers for them.”

Kitwana is exactly the type of person Congress was trying to help. She’s a single mom with two teenage kids living in Lithonia, Ga. She lost her call-center job when COVID-19 cases were spiking last winter.

And she quickly applied when the county’s rental assistance portal went live back in February.

“I was probably one of the first people that submitted that application,” she says.

Finding work again has been hard. She has a back injury and needs a desk job. But after she applied for the rental assistance money, she got no response

“I submitted my application at least four different times,” she says. “And nobody would get back to me.”

Around the country, many states and counties had trouble getting online systems for rental assistance up and running. Many of them crashed. In DeKalb, the system got hacked. Some programs got bogged down with bureaucratic rules.

All that has been delaying people getting help.

In fact, in DeKalb County, 93% of the money that’s been allocated still hasn’t reached anybody. (The county was awarded $38.7 million and says it has only managed to distribute $2.8 million.)

Kitwana recently heard that she had finally been approved. But with that cap in DeKalb County — she can only get 60% of the rent she owes. That still leaves her thousands of dollars behind. She doesn’t have it. And so her landlord rejected the offer and is on the verge of evicting her.

“The landlord, they’re not accepting it,” she says. “There’s myself and tons of families that are going through this, and I’m trying to figure out where does this make sense?”

It doesn’t make sense, says Rebecca Yae with the National Low Income Housing Coalition. “Of all the other programs that I’ve seen, this is definitely one of the more shocking ones.” Yae says capping payments for back rent at 60% is far too restrictive. “This is extremely low, unfathomable, they really should be paying the full back rent.”

DeKalb’s cap on back rent is certainly more restrictive than other nearby counties in Georgia. Gwinnett, Clayton and Cobb Counties do not have caps that low, and agencies in the city of Atlanta and Clayton County are paying 100% of back rent.

Yae says many other programs besides DeKalb’s are also having trouble getting more than a small fraction of their money out the door.

Meanwhile, a federal moratorium that’s been preventing a lot of evictions is set to expire just next week.

“There is really no time left,” Yae says. “Programs need to change now.”

For his part, Michael Thurmond with DeKalb county says despite the problems, his county is working hard to help all the people they can.

“I do believe that if we continue to work at it and find a solution, we can help people,” he tells NPR. “We’ve helped over 500 families in DeKalb County. That’s real.”

He says the program provides lawyers to help renters negotiate with landlords. It’s made some other improvements.

But that 60% cap on back rent is still in place. And legal aid lawyers say that’s going to mean hundreds of people like Kitwana are going to get evicted.

They say they would also like to see DeKalb and other counties in the area give that money for back-rent directly to renters if the landlord rejects the deal. The Treasury Department guidelines encourage that. But some programs, including DeKalb’s, still are not doing it.

For her part, Kitwana is just hoping the county changes its rules very soon.

“They’re not reevaluating what they’re doing and how they’re hurting families,” she says.

Michael Thurmond says he is reevaluating and everything is on the table. So the county might decide to pay more back rent, or pay it in full. But with the eviction moratorium expiring next week, the clock is ticking.